With more snow here in Alphen , then on the picture last week, but not as much as the predicted 10 to 15 cm. which fell down more to the East and real cold temperatures up to minus 14, KING WINTER visits Holland at the moment. 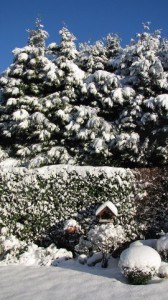 The garden from my brother in the East from Holland.

Welkom in SA welcomed yesterday 11 guests in club class 5 for 15 m and 14 in the combined 18m./open class,  to fly the South African Nationals with a lot of well known names.
Not only a welcome yesterday also a practise day and a pilot meeting to discuss all what’s important, as local rules  and airport operations as this airfield has an always active runway!
Today is the first day of the comps  with 233.7 km in club class , 426,7 km. in 15 m. class and the 18m./open class boys and girl have to go for 534.2 km. and they finish on December 21 with the prize giving
Will be back with my view on the comps on Wednesday.
Quite a few friends and pilots I met in the past are in the different classes specially in the 18m/open class as Ron Sanders [Australia] and Pete Sheard [UK] both sharing a JS1C, Philippe Schroeder, [France] the Goudriaans, Sven and Mannie and John Coutts from New Zealand and Andy Davis from the UK.
In 15 m. Wayne Schmidt is one of the favourites and I presume he travels straight after the Nationals to Argentina to perform there in the WGC in club class for S.A.

Nice to see a Russian pilot fling over 1000 in Bitterwasser in a Nimbus 4DM; Vitaly Borovik from the Novosibirsk Aviation Sports Club. More and more international pilots see Namibia as the place to be for long distance flying and how lucky they are with the top weather there till now!
And also my friend Daan flew with his “mate ” Henk, who was this time in the back seat from the ARCUS M, from Pokweni,  the so maniest 1000 in his life , a yo-yo in the Western part of the area, due to showers in the East. Nice speed,…148km./h.”They must have been in a hurry!”
One day later Henk flew a 1000 FAI Triangle, with 134 km./h in the 20 m ARCUS.
A total of 15 Namibia 1000 km flights that Thursday and,…when Alexander says , jetzt geht’s los, [now it starts] , we can expect more!And he was not wrong ,……

On Friday I noticed 24 over 1000 km. flights from Namibia and one from Argentina, as Jim Payne said “we are here for soaring”,  so even with weak circumstances and after 2 days of rain they [with Dennis] went up and flew over 1000 k.
One of my Tocumwal -friends Michael Godoj flies from Kiripotib and in the first flight in the Antares 20 he flew 824 km.
Best flight that day was by Bostjan a 1.2006 FAI triangle!!!!

We can only continue as on Saturday another 21 flights were added to the Namibia list, BUT , the best flight that day was from Argentina, finally a good day again for French pilot Jean-Marc Perrin who used the Southern wind for a nice wave flight from 1.856,48 km. with a speed of 153 km./h. in , and I say this AGAIN a 15 m. DG 808 from Los Antiguos .He truly enjoyed the  “practise”-flight with wave everywhere and a nice average because of  the  tailwind.
Also Gariep Dam had an excellent day with 2x over 1000 k and I really felt sorry for the pilot who flew from there 998.27 km. but in the end the LX “proved” it was 1001 km. Pffff….

Joey Glide started yesterday with a inofficial practise-day  [2 hour AAT] at Lake Keepit  with 18 competitors including the 2 boys from NZ who have practised already a week before, to get familiar with the area and gliders [Cirrus 75 from Adam Wooley and an LS 7] . Got permission to share their FB pictures with you so thank you to Nick and Alex.
Amongst the competitors  some well known names from the JWGC’s , Nathan Johnson and the brothers Maddocks Nicholas and Andrew and from great [OLC] flights as Matthew Scutter, who drove with 3 other friends from South Australia I guess/estimate between 1500 and  2000 km. [depending if they went through the middle of nowhere via Broken Hill or in more busy areas ]  to participate in Keepit. 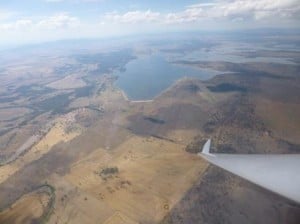 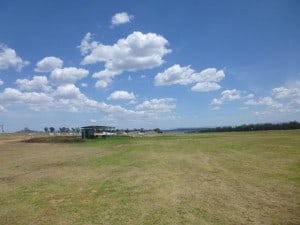 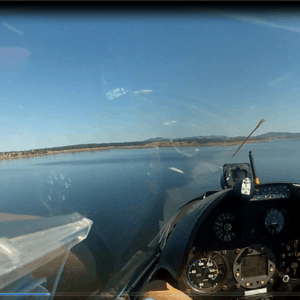 <
The Lake,….The Field , with great looking clouds …And an awesome  finish over the Lake.
Pictures from NZ Joey Glide Team on FB.
Today was the official practise day with a 2 hour AAT and 1000 points for the winner and the BEST  were all those I have written about,  well known pilots certainly for their age,  as well as experience. The preliminary scores;
1. Nicholas Maddocks, 2. Andrew Maddocks 3. Nathan Johnson 4. Matthew Scutter and the boys from NZ practised well as they were 5 and 12. 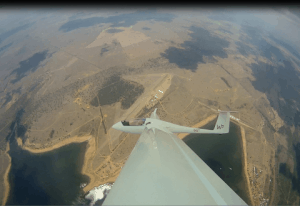 W3 the glider, CIRRUS 75 from Adam , flown by NZ pilot Alex McCaw.
AFTER all the great news from Narromine last week, unfortunately some sad news now as a 51 year old pilot from Queensland died after hitting a tree on final and crashing on a road just on the border of the field where runway 22 starts.
I do not know the pilot, only his name,but it remains TERRIBLY sad to loose pilots/friends from our soaring fraternity AND,…it still happens too often.“—This incident comes as a huge shock to the community after what had, up until then, been a successful event. “—
The Narromine News 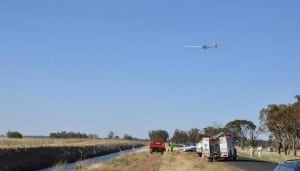 The NSW State competition continued and finished yesterday with 5 soaring days and sadly enough one less competitor.
Picture courtesy Anne Elliott.
For what it is worth and just to let you know;
Winner in 18m/open class; Tom Claffey with 4542 points and runner up Shinzo Takazawi with 3290 points , both are Narromine pilots!
In 15 m. the Mount Beauty pilots did a great job in finishing on spot 1 and 3 in the overall scores with Lisa {Trotter in the middle on spot 2]
In club it was Richard Frawley from the Hunter Valley Gliding Club flying the Mosquito with a margin of 400 points on the runner up and in standard Gary Stevenson was just a bit better than Brian {Hayhow} 4288 and 4265 both flying a Discus.
Looking at open class separate,  Shinzo was the overall winner and in 18 m. Tom.
Lot’s of pilots flew in the past with Ingo Renner. He was instructor in Tocumwal for years and years , moved in the off-season to Oerlinghausen and Sondrio and he was guest instructor at several fields. How is Ingo going?
I will see him in January but to show you how well he looks [after some health problems,] here is a picture send by Dundee. The lady in the front seat, is Fran who turned 81 and when I look back in the far grey past I think I remember her as she remembers me.[Mildura?] 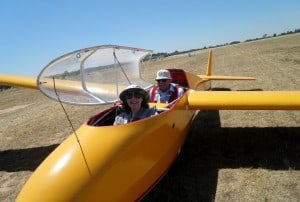 Click on the picture to enlarge and see his smile!
Corowa and Tocumwal had a good day yesterday with nearly 800 km. by Harry  Wondergem [779 FAI triangle] in his from Holland shipped Ventus 2CT/18m. and Lothar Arndt 707 km [637 km Fai triangle ] in an ASW 28. A few days earlier Harry and Anders visited from Corowa, the place where they flew in the past, Tocumwal. They visited Dundee and of course Eddie and Cheryl, who are busy at the moment with Japanese guests, Hannu one of my Finnish friends and their “locals”. 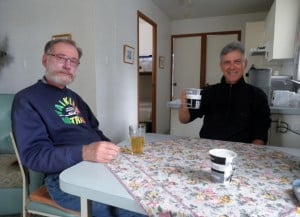 Anders and Harry visit Tocumwal.
And,….however the Uppsala Masters are still faraway , Börje remains super enthusiastic and added to his list of pilots many more, also Finnish pilots as Martti Koivula.
—“Racing class will be a really challenging race. The best pilots will finally compete in the same class. Almost 30 pilots so far. One that is really eager to be on the podium again is one of Sweden’s best pilots – Ronny Lindell in a Discus 2b. – Welcome-“
Love the enthusiasm.
—“The winner of Pribina cup and world class pilot from Finland Antti Lehto will go for victory in the Racing Class. Spoke with Antti he thinks Masters is the most challenging race to win this year. Antti is a member of the Finnish national team and did a good performance at the last World Championships in Uvalde. – Welcome
—“Amazing that Open class is growing in Sweden. And there are new skilled pilots who have set their target –  the World Championships in Poland 2014th. One of them is national team pilot Jim Acketoft will fly the Masters in a EB 27 in Open Class – Welcome Jim Acketoft
Time to really get busy before I depart, birthday of my son in law, my birthday,wrapping from presents  Christmas evening with presents and with family dinner and then it is time to leave and I heard some friends over there in Toc are as happy to see me as I am to see them!
Cheers Ritz
AND sorry, Bill has repaired last night from the USA the space between the different subjects but in the end something went wrong again, and trying all kind of things it seems ,..I am too stupid to repair it,so it reads a bit more difficult but I hope you still enjoy it.
Posted on December 9, 2012 Posted in Uncategorized