The meteorological winter has started here and the summer down under.We had already some wet snow a while ago , but now it seems that there was REAL snow in the East.
Last month of the year 2012 already and I  had just planned to not write about 1000 km. flights anymore as it is always interesting to know where the first had place,  but then a 1000 is just a 1000 if you know what I mean.
But you can’t write and not mention the GLORIOUS day in Namibia on November 28 with 24 happy pilots flying over the magic 1000 km. border, on a day full of clouds ending in  ” rain-showers from thousands.”
On top of the OLC list German top pilot Reinhard Schramme [Bitterwasser] who showed that the ARCUS M is flying well under all circumstances  ; 1.301 km with a speed of 140 km./h. AND the 2d 1000 FAI TRIANGLE for the season after Allan Barnes flew one from Narromine in an LS 8.
Also UK pilot Robin May ,[Kiripotib]  he is about the same generation top pilots as Reinhard flew the magic 1000 FAI triangle with 145 km on the clock in the EB. Another 4 pilots one of them another generation-topper Walter Binder flew this dream flight!!! 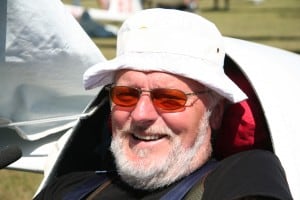 Reinhard here on a picture from my WGC -Eskilstuna-file.

For some the very first 1000, others are happy with “FINALLY GOOD WEATHER ??????” and for some it was the first declared 1000  { Young German pilot Rene Hanses with 1.204,7 km/FAI declared 1.017 km.} and he was very happy with his PALM.
From South Africa also one with Uwe Thiele who flew his 1000 in the DG 808 C/18m.from Gariep Dam, his first for this season and when the weather is good he will fly more as he loves long distance flying.
Best speed that day , with 150 km./h.,  was flown from Bitterwasser by French pilot Didier Hebrard.
When the weather is good and there are enough guests with good gliders it all seems easy, but you still have to do it.
AND,…another fact from the 1000 k.  , it remains something you always want to achieve AND, you are always happy with the fact you achieved another one. AND….the atmosphere is so much more exciting on a soaringspot, everybody talks with everybody, smiles all over. I know the fantastic feeling from Tocumwal when we had on one day also 10 such awesome flights and I enjoy it now as well from far away. For owners of a gliding-business, the season is a success with such days, even in the worst case, when it deteriorates after , which of course is sad for the guests flying at that time.

November 29 was a good one for the Bitterwasser pilots again, with Reinhard flying the 2d successive 1000 plus in the ARCUS M. The other ARCUS M from Pokweni, will be flown now by Daan [Pare] and Henk [de Waard], 2 Dutch pilots and good for lot’s of kilometers!!! After preparing ” their ” glider in the morning they had a first flight together [with Henk in the front seat]  from 860 km. On one leg they nearly did not have to turn and both are happy to be back in Pokweni,….and mentioned they love the ARCUS!!!!
By the way another kilometer-eater this time from Germany , Alexander Müller has arrived as well in Pokweni, flying the EB 29.
AND,…. from Pokweni we can expect some nice long flights from Polish pilot Janusz Centka who flies from Kiripotib in the yes,…ARCUS M.
Great pilot, who won the open class at the WGC in Uvalde in 1991 and in Borlange in 1993 and the 15 m. class in Eskilstuna in 2006. 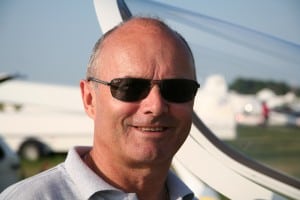 From my friends in Tocumwal I heard they are “suffering” from a heat wave. No they are not all glider pilots and value the heat in a different way, feeling flat and tired. But with 45.8 dgr. in Mildura and 43 in Toc it must have been VERY hot.
It does n’t always mean  that it is great soaring-weather, sometimes it just is too stable, but I quickly looked at the OLC for nice long flights in the Toc/Corowa/area, but the best flight was from Ingo in his Discus, nearly a 700 k in his Discus A. Good flight though!
Also Narromine still is “hot” with temperatures up to 42 and VERY humid!

You can’t call the Narromine Cup Week, now it is over, anything else than SUCCESFUL. Showing again how our sport depends on the weather. Last year no flying cause of the bad weather, this year lot’s of great soaring , including 4 x 1000 km. and several flights between 343 km[ in an LS 1 f] and 869 km. thanks to the nearly perfect weather.
As one of my friends Brian said;”Another great Narromine Cup put to bed.”
One of the Japanes pilots Goe Teramoto, flew with G Dale in the Duo Discus. Earlier on , on the 25th of November he flew 750 km. in the ARCUS. In this glider he flew with several other pilots as David Burrell, Pepe and Hans[Raschke] .
Since yesterday the NSW State Comps are flown as well from Narromine.43 Pilots have entered and will compete till the 8th of December . One of the pilots is Bob Ward. Quite a few years ago he had a terrible accident with his glider and for a while we thought he would not be able to compete anymore. BUT Bob recovered totally and is “very much alive and kicking ” and still flies comps. Good on him!!!!!!
These NSW state comps are organised by the Bathurst Soaring Club and the Narromine Gliding Club.
Will keep you informed!

Last Friday finally again a good day for the  Perlan Project pilots. Jim Payne and Morgan Sandercock flew in their DG 1001M a 1.210 km. flight from Chos Malal.
Morgan started his trip with a blog full of expectation, …..than some kind of denial,”it can’t be as bad as last year”  and than …..still hope that “as the proper wave-wind blows from the West, the air will be clear ” , after a blow from the North East “raising vulcanic ash which had settled downwind  on the rocks and ridges , to return,……than a long silence….and  finally Christmas Greetings from the Perlan Project yesterday.
AND….Today a message that this MIGHT BE THE DAY, after a 842 km. flight yesterday. Surely hope they can fly something special!

Joey-glide, the 9th edition,  is about to begin on December 8 from Lake Keepit. The comps for the young ones in Australia is more and more popular. This year 2 young pilots from NZ will be part of Joey glide, Nicolas Oakley and Alex McCaw. Alex is the son of one of my FB friends Jill, who produces the official soaring Magazine of Gliding NZ “Soaring NZ”.
Alex became  the youngest pilot in the world to complete a FAI 1000 diploma at age 18 and was brought up AT the airfield, no miracle with a flying dad and mum and no miracle either he is so good!
Nicolas is not only a junior top pilot but also an ace in ballooning, being a champion- balloon -pilot. Will follow them and the Aussie pilots from December 8  till 16.

From Mount Beauty the news in the Alpine Flyer that “the bird has left the nest”. Their brand new ASK 21 went up in the air , “has taken to the sky “as they mention it so nicely. Lovely pictures as well and for the rest of their news you can go  www.mtbeauty.com/mt-beauty-gliding-club/
Nice to see Mart Bosman , still so very much involved in soaring after being a top hang glider pilot and conversing to a glider pilot with us in the past at Tocumwal. 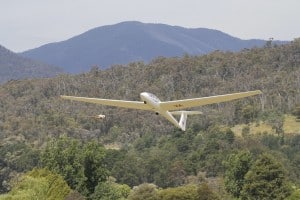 First flight from the brand new ASK 21 and AFTER the flight proud members with the double-seater.
pictures courtesy Greg Sujecki.

And….some news from NAVITER.
–“Happy to announce that we have a new reason for you to retire the trusty old iPaq—“:

AND more great news about the Antares:
“One more big step in Langes glider development, his Antares 18t had its maiden flight.”
Here two links to Langes homepage, where you can read the details. 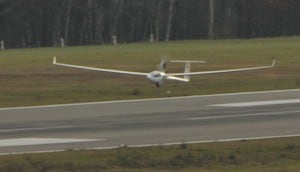 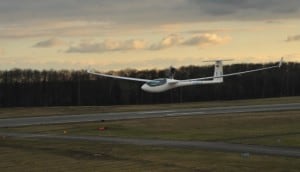 AND…from the Upssala MASTERS;
–“Notifications are perfectly flows into the Masters – Experienced and many times Swedish champion from Örebro Gunnar Karlsson will be a favorite in the racing class. There are rumors about a new aircraft .. Welcome Gunnar–”
–“Masters is really a challenging contest. Perhaps the best line-up ever. Newest machine one Arcus M from Örebro with Christian Wikström and experienced Bengt Göök challenges in racing -. Welcome–”
–“Stefan Löfgren from Avesta logged in Racing class with his ASW 20 – Welcome–”
–“Scoring office says welcome to our latest entry – Magnus Alm. Magnus from Herrljunga Glider Club “enlisted” with a Duodiscus T. This is the first Duo-entry, who’s next?–”
And MORE……..

See you next Wednesday and than it is counting off , till I depart for my 2d home country Australia on December 29.
Cheers Ritz

Posted on December 2, 2012 Posted in Uncategorized