On the FAI site,   I noticed that they received several claims for world records , at this stage pending ratification. Over the last 30 days Klaus Ohlmann is 6 times on the list. Last claim is in the general section open class ; flight on January 12 with 3 records in one flight.
Distance over a triangular course 1750.6 km., free triangular distance of 1755.5 km. and speed of  122.75 km /h over 1500 km. I mentioned it already in my blog a while ago, but now the records are pending.
On the picture; Hans Werner Grosse another top-long-distance-pilot!!!  I took the picture in  Eskilstuna. I admire both pilots stamina !!! 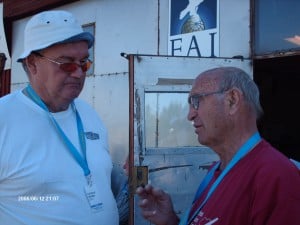 In Chile the Qualifying Grand Prix has continued  and has finished yesterday with a WINNER!!! And WHAT WINNER!!!!
But before,  pilots had day 5  with 5 outlandings and 8 points for day-winner Sebastian Nägel from Germany, who really is doing a great job over there. He flew the task ,428 km. with a speed of  136.6 km./h.  Sebastian is still a junior pilot and the current Champion of the juniors in Germany in club class. He will compete in this class in Musbach during the JWGC in August. At this stage they have in Musbach 88 participants 47 in club and 41 in standard class.
One of his concurrents in his class at the JWGC , will be Alexander Späth another great talent from Germany.
Day 6; another LONG flight , so good weather in Chile; 436 km.to fly after the regatta start.  Sebastian  is “hot”  and wins again , 10 points in the pocket!!! Speed over the 436 km; 136 km./h. The 4 toppers did not make mistakes, but changed places again. Sebastian has 41 points now [ ASW 27] , Carlos Rocca 34 [Ventus 2b] , Rene 32 [Ventus 2xa]  and Thomas 32 [Diane].
On day 7   ONLY 4 from 12 pilots finished the 419 km long task with a speed of just over 100km./h! So not too many points ,5 for winner Rene Vidal from Chile, 3 for Thomas, 2 for Sebastian ,who remains on spot 1 after 7 days and 1 for Carlos.
Day 8  and last day ” only ” had 284 km on the menu for the pilots. Thomas won with a speed of 126 km./h, [10  points] Rene was 2d just behind with 125 km./h[  8 points]and Sebastian 3d also with 125 km.’h .[7 points]
BUT ….with the 7 points Sebastian won with a total of 50 points.
Winning the Chilean qualifying Grand Prix over the Chilean Andes is a top achievement for a young under 25 German pilot. CONGRATULATIONS!!!!!
Thomas and Rene shared the 2d place each achieving 45 points. Well done and congratulations !!!!

The last flight for the season  on January 26 by Klaus Engelhardt who stayed in Gariep Dam, since November 6 was 669 km. in the Nimbus 3T 25m. From the 34 flights he made the best was 1.122 km. with a speed of 128 km./h. and the shortest 203 km.,a day with 70 km. wind …and blue,  in which he could not find the lift but …found wave over the field up to FL 195. So ..still an interesting day.
A few gliders are now in the container to travel back to Germany, but still 8 pilots showed their flight on the OLC that day under them 5 Spanish pilots. So Gariep is still in action.
And also still in action with….finally a better day, is Kiripotib  . Best to OLC added flight was,  a nice 702 km in the ASH 25 E,  only using the engine over Bitterwasser to come home. And Bloemfontein added a 500 km.flight.
In Australia [ Corowa ] the Slovak container has been packed now for return to Europe tomorrow  . Good , as I saw the first cu’s here as well. But it will take a bit more time to really fly here.
Slowly they are going to pack gliders in their own containers as well, but they continue flying till February the 20 thiest, that is the day the other containers will depart, so hopefully a few GREAT days can be added to the total. Today  was a good one again with flights up to  700 km  and temperatures up North to 42 dgr. !!!!!!!
NO 1000 km flight till now in Australia, a pity, but that has happened in the past as well. We spend 20 seasons in  Tocumwal, 10 being an overseas guest and 10 owning Sportavia and living in Tocumwal and there were top years with lot’s of 1000 km. flights but also a few years without, so nothing is new, the weather remains the weather even when it is called El Nina.
By the way the Finnish LS6, living in Eddie’s hangar at Sportaviation  has been flown by Jari who flew 60 hours!!! and will be now used by Kari.

Heavy weather again in the USA,  where the 6th snow-front hit New York last Thursday morning , so bad that JFK, La Guardia and Newark had to be closed. Also Maryland and Massachusetts were hit. Lots of flights had to be cancelled and trains, busses and cars had their problems as well.
We have cold weather here just under 0, during the day and up to minus 8 in the night,  but SUNNY and that feels so good!!!Canada has a lot of snow as well, as you can see on the picture I received from Art recently. 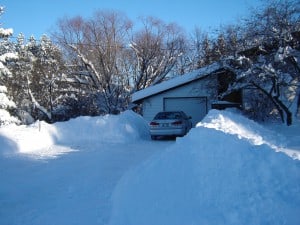 Eindhoven Airport; I spoke with you about it. After 70 years the glider pilots are forced to find another airfield to fly from in the future. 2 Days ago the Airport announced a 26 million investment to grow and to be able to handle 43.000 flights instead of 18.000. The terminal and departure hall will be upgraded to deal with more passengers. Great for Eindhoven, but I guess less good for the glider pilots.

Just received a message from Australia, via Jo,  this nasty weather seems to never stop ! This is from the West of Australia. I checked the link and it should work now, just wait a a few seconds .  To enlarge you can click on them .Devastating pictures when you love your sport, I was shocked when I saw them.

—-Hi Folks,
Just to let you know that Beverley airfield suffered damage yesterday from the passage of a severe thunderstorm front around 4pm. All club gliders and tug got on the ground and under cover in time.

No-one was hurt but the airfield looks like a war zone, we have been very lucky that there has not been more property damage.
My hangar has about two tons of tree bole indented into it, Mike Yankee’s damage appears to be minor to the tailplane, but Chris Runeckles is going to assess the damage hopefully next week. Astir CS Alpha Lima’s hangar has a huge tree in front of it, a branch of which has collapsed the front of the hangar onto the nose of AL, but there doesn’t appear to be any damage to the canopy!

Hornet HX and Pik20 WXK are undamaged in their hangars, but both their trailers got airborne, WXK trailer impaled on the corner of WXK’s hangar, while HX trailer is perched sideways on a huge branch which in turn is parked on top of the hangar.The shade tree for Runway 16 is gone, and there are irreplaceable trees and branches down everywhere.We will need a busy bee organised to tidy up, a huge effort is needed.Hope there is no additional damage from the ex-cyclone passage!

And more bad weather- news   now from Springhill in New Zealand , where the beautiful estate I visited was hit as well.

—-We’ve had a major storm and flood on the farm- whole airfields under water. A major clean up of the farm and hangars is needed.  The storm has been wild. We can’t get to the roads- our neighbors are stuck in their houses. —–

Life here continues , so….off to fitness again. A whole new world opened for me!! Never knew so many people try to keep themselves fit on loud music and loud shouting, flash looking  teachers up front!!! Don’t do that , keep it on fitness,machines!!!!
By the way in the new ” Sailplane and Gliding “  , you can read in the February/March issue,  a very good article about flying in Argentina. Both UK pilots , Bruce Cooper and John Williams describe their flights on December 25. One about his world record over 1.650 km.,  the other about his 2000 km. diploma. Worthwhile reading!!!!!
Have asked Bruce 5 questions about his world-record-flight and you can read the answers soon , both here and in the Gliding International.
Next week also some great pictures from Unterwössen where they fly with skies under the plane.

Cheers Ritz, today I finish with some pictures from Finnish friend Kai Mönkkönen, he just gave  them to me to use them ! I know him as a wonderfull / excellent photographer, on the right place at the right moment, on top of that he has an awesome camera! Enjoy. These pictures are from the WGC 2006, in Sweden; great memories! And…I have many more!!! Click on them to enlarge!!! 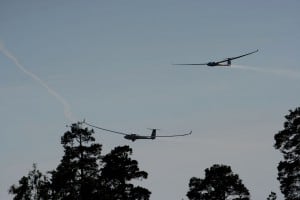 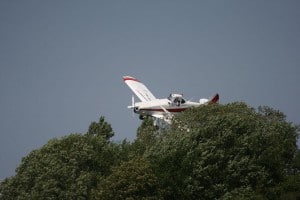 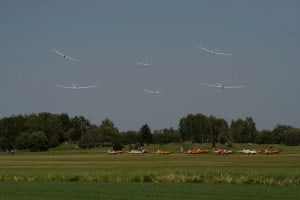 Sometimes it nearly goes wrong!!?? It looks worse then it was! 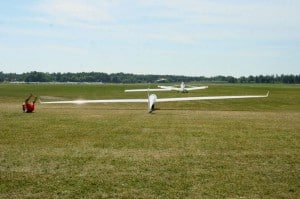 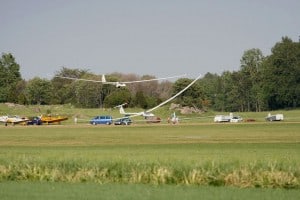 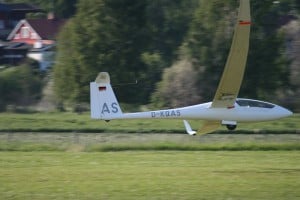