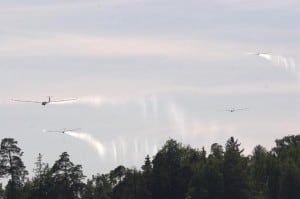 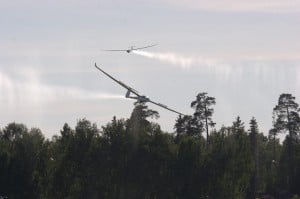 Was so busy over the last days , that I just forgot that it is Wednesday today.
Ouch… nearly forgot you all …sorry that never happened before. So a short blog today with some nice pictures.

Nice to see that Dirk [Schleunsen-Germany] bought himself an ASH 31 MI 21 m. and seems to be very happy with it, after he flew it for the very first time in this early March weather from yesterday.
Dirk was one of those guests at Sportavia you never forget.I was a bit shocked when he had the incident in Africa , was it already 2 seasons ago???, but and that’s Dirk as well , he promised in his comment to avoid “signs”  in the future. Please do!!!!

Talking about guests you not easy forget,  I must think of Marc [ Sluszney-Belgium] as well. Not long ago I opened my paper and recognised his face straight away. Headline above his smiling face with 2 pistols in his hand;
“The guy who can do everything and dares to do everything”, and  “from Davis Cup tennis-player to extreme adventurer”.
Some of his escapades; number 8 at the World championships fence, water skiing on bare feet, air border, swimming with white sharks [ he made the documentary “Sharkwise” and won a prize with it] and he swum over the channel from France to the UK .
Walking 100 km. in the Belgium Death-expedition, he does n’t call extreme. [source AD]
He was a good glider pilot as well, but I guess he did this only for a short time ,…not enough challenge/adrenaline ????
Nice fellow, in fact ALL our guests in the past were nice, male or female.
Talking about female guests , Tracie [Wark-Canada] for sure was one who ” created ” a nice/positive atmosphere for herself and other guests and she was a keen and good pilot. Just received not long ago,  a mail from her after I found her again. Kees and I travelled half a year ago to Germany to visit the Wiesenthals on Doris 50thiest and we both wondered how she would be. Well she is FINE! Still airline pilot and instructor.
Of course I keep ALL details for myself, as privacy is a BIG good.

Enough nice flights already from Europe this early in the season. Several wave flights and Gerard [Lherm]  had a nice one again from St Martin de Londres in France. This time in EB 28.[476 km.]
No flights over 500 km. but pilots are getting there. Everywhere in Europe the well known places showed already “some action”. And… a flight in ASW 20  from 438 km. West from Musbach , where the JWGC was last year, [Black Forest-area] is just good.
As well as the one from Beverley in Australia where they do not struggle with flooding from overfull rivers, in a Hornet from 445 km [ 400 FAI triangle ]
I feel sorry for all my Aussie friends, who have problems with the flooding, at some places it is REALLY bad!Keep up the spirit!

The pictures are again from my Eskilstuna cd, this time from Fritz Schweikart . To enlarge…just click on them. Enjoy !!
Cheers Ritz 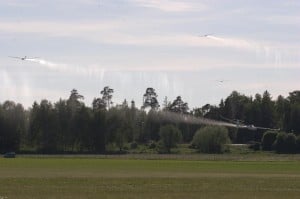 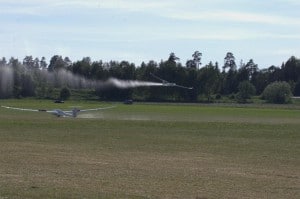