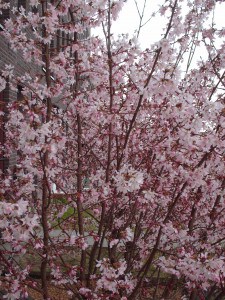 Winter is over here and summer down under!  We had a “mild” winter according to the meteo, even with temperatures from minus 23! The average temperature in Holland for winter normally seems to be  3.4 , it seems we had 4.1. Also; this last winter was sunny and wet here , 269 mm and normally it is 208.
Predictions for summer here,  are  for “wild” weather,  with storms and high temperatures in July and August , by one meteo station. Even tornado’s are predicted as a possibility !! Looking at those evil ones in the USA from last week I really hope it will not be like that . What a disaster!!!!Some places , like Marysville in Indiana, have just “gone by the wind”, they totally disappeared!!!With up to 200 km./h. wind , atleast 40 people have been killed! TRAGIC!
Back to the predictions; An other meteo station here however, calls all long-time- predictions  “Nonsense”! So….
Let’s wait and see, as  from reliable meteo -people I know ,  how difficult it is to predict weather longer then a week.
Compared to the Mid West of the USA we should not complain.
And …what about the thousands of people who flee for the power of the water around Sydney and other areas in NSW , were rivers grow cause of heavy rain. Even the Canberra area has a problem and on the Corowa site I see ; status…flooded! Have to check with my Tocumwal friends how they are. The Murray river is a mighty river not only in the positive way, as I have seen flooded areas in the past there as well. But that’s normally around October. Absolutely weird weather.

The IGC plenary is over and in Potchefstroom  all delegates worked hard to make the life from glider- pilots easier by setting rules, giving opinions , having discussions and announcing where new WGC ‘s or EGC’s will be held .Some delegates had a nice flight before as I noticed [Terry- Australia, Frouwke-The Netherlands] and were in good maybe even better mood to listen.
Here is the news I got from my USA friend Rick, compact and to the point for you readers and I am more then grateful , as I could n’t do it better !!!! Thanks Rick, CU in Uvalde!
By the way the next agenda will be published on January 17 2013 and the next plenary will be in Lausanne on March 1-2 in 2013.

Club class reference weight will be taken from a list of constant values.  Handicaps to be adjusted for overweight, but not underweight.

GPS altitude, not pressure altitude, will be used for altitude record flights above 15000 meters.

For Silver and Gold claims, Pilot ID and Glider ID in the Flight Recorder need not match official statement of Observer.

GPS altitude may be used for Silver and Gold claims.

World Class entry limits raised from 2 to 3 entries per country in 2012 WGC.

Proposals to be considered again in 2013: 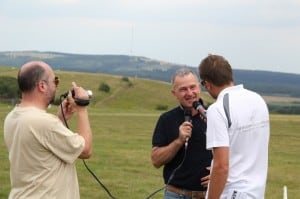 Giorgio after he won the Grand Prix.

Congratulations to Narromine for being the host of the 2015 JWGC.Big job …YES,  but they can do it!!! No worries!!! It is a long time ago that a competition on this level went to Australia, I know it is far for the European and USA pilots but I know already now they will love it. They surely will have the same happy feelings as Fabian and Benjamin who at young age had the opportunity to fly in Stonefield last year. And a 1000 k. before or after the comps or while practising in the pre worlds the year before , it is all possible. Only point is that the weather should be normal as always and NOT like last year! 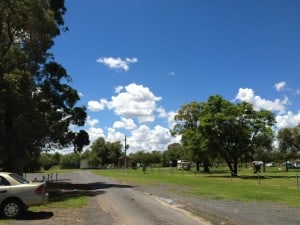 Narromine as it should be.

For sure the strong team of young Aussie glider pilots , flying together in Joeyglide, as they call their comps ,will help where necessary.
Congratulations also to the other places having their WWGC or EGC’s. Great to see “my” Rieti is under them as well.
Also congratulations to Gill, Andrea and Giorgio, more then deserved for all 3 as I know them and have seen how dedicated they are to our sport.

That the Sierra Wave season is open now   was very clearly  “showed” by Jim Payne flying the DG 1001M. with for sure a happy co-pilot Dennis Tito in the back seat; 1.805, 40 with a speed of 167.87 km/h. on the clock!!!WOW!!!! As Jim said in his comment; ” the wave was generated by a strong frontal system that was moving South…each trip North was halted by the front. Winds were generally stronger then optimum…saw 82 knots at 20 k feet on the computer later in the day.”
Rosamond Skypark was the place he started from.
So…in the top of the OLC list of best flight for 2012, we see now 2 DG gliders! Good on them !

From Australia I got the next mail from Rolf, member from the Geelong Gliding Club at Bacchus March. He commented on my last blog where I mentioned the first 2 clubs on the OLC list worldwide….both from Australia by the way.
I totally agree with him that his club had a “sterling” season and want to state again that you should see ALL what’s on the OLC and my opinion or analyses on it,  in the correct perspective. World wide Geelong was 7th ,  Australia- only… a great 4th!
—” The Geelong Gliding Club will never be able to challenge the top 3 OLC placed clubs in Australia but is doing a sterling job to place 4th. That should be seen against the background of serious handicaps compared to other Australian clubs. Operating from Bacchus Marsh we are restricted to 4,500 feet max altitude (4,000 ft AGL) by the Tullamarine controlled airspace above the airfield. To reach higher airspace 20 km away we have to fly over rising ground, leaving only 3,500 feet AGL to play with. On good cross country days the seabreeze penetrates to the site and beyond around mid afternoon. The club still managed to collect more than 61,000 OLC points, albeit not only flown from Bacchus Marsh, which demonstrates our participation in comps not only around Australia. One of our current members, Michael Durant is to represent Australia in standard class in Argentina.—“

Thanks Rolf for your input and …. looking at flights, you can’t compare flights flown in wave, with declared FAI flights  or with just “flying with the clouds” flights on the OLC,  but it gives us  a great way of keeping contact with each other and to learn from those flights, or to just share the feeling of happiness with such a pilot doing so well.
Pilots with a lot of money, time and a  top glider will be higher on a- best -flight- list as a friend who has the opportunity to fly one week in a soaring mecca. Perspective, it is all perspective!
And a soaring mecca with 80 guests and lot’s of staff will be different [ higher on the airfield-list] then a 2-person-small-scale-club with 25 guests. Looking with percentage as measure, they might be as good.
So please look at all my analyses of these flights , of airfields , clubs and the rest in the correct perpective as well. THANKS!!!

Talking about the OLC , not a lot happening but what a nice ridge flight from the Schweitzer [ handicap 0.63!!] from Blairstown. Nearly 400 km.

Looking at the Uvalde list of teams, I was very pleased to see that my Aussie friends have entered now.
I was amazed to see Willem Langelaan who was born in Holland,  but lives already for a long time in Canada as team captain for the Swiss team!
The South African team is interesting as well with 4 pilots, Oscar and Lourens Goudriaan and Atty and Uys Jonker [ from 6 ]  who are brothers and with Carol as very experienced TC.
24 Team-entries with 108 pilots at this stage….and a few ladies amongst them…and several female TC’s !!!

Last update from “our ” Prince Friso. He has been flown in an ambulance-plane from Innsbruck to London , where he is close to his wife and his 2 daughters,  who are living around the corner of the hospital, known as one of the best private hospitals in the world. Also not too far for mum Beatrix to travel up and down to see her son. She starts her job tomorrow again, after spending the long weekend in London.