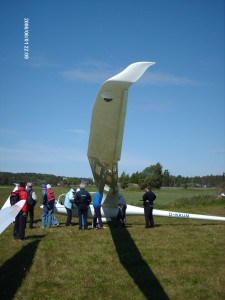 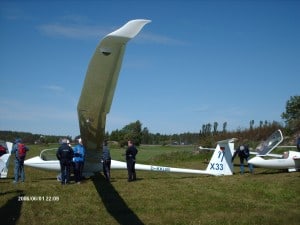 ETA during WGC in Eskilstuna with Giorgio Ballarati.

We GOT the gale-force-winds!Not as bad as in Scotland where schools had to be closed , and electricity was unavailable for many from Thursday till in the weekend,  due to electricity poles breaking like matches .
We had problems here, with high water and  some dyke’s were checked on permanently , due to gusty winds up to 115 km/h. in the N. Yesterday they cancelled the precautions.
Power of the wind in Scotland was much worse up to 240km/h. in the Highlands. Windmills [for electricity] were hit so badly that they exploded and got fire, which gave spectacular pictures on the news.
The planes had difficulties as well and a lot of flights here and in Schotland were delayed again or cancelled.
Also Scandinavia suffered from this bad weather with one person killed and several badly injured. On top of the wind they had snow up to 20 cm at some places. Also people in Sweden and Finland suffered from electricity problems.

In my last blog,  I just added before publishing,  the 1000 km. yoyo flown in a Discus 2 by young sport soldier Fabian Peitz. He flew up North,  a pretty remote “red” area.
He is one of the ” year 2011 sport-soldiers” send out to fly and get experience in another regio, as is Benjamin and Daniel. Fabian and Benjamin have been send out/invited  to Australia to promote also the new by German people sponsored flying -base [ www.fly-down-under.com] of  Stonefield.
Daniel [Pietsch] is send to New Zealand and will enjoy the pleasure of flying from Omarama. By the way the new Gliding International has 16 pages on Omarama . You can expect the new GI just after Christmas.

I love the enthusiasm from the young ones  flying from the new spot, Stonefield,  in Australia and as promised , I will keep you all updated and share the news with you. That fresh enthusiasm makes you feel happy! No jealousy either, Benjamin ‘s turn to fly a 1000 km. will come!!!
Here is Bemjamin’s story about his experience till now, he is a keen blogger like I am. Thanks Benjamin and pictures and Fabian’s story will be published as soon as I have it.
—-It sure was a great achievement to get Australia´s first 1000 k flight this season to Stonefield Base. Fabian did an awesome job in the Discus´ Cockpit, needing only little more than 8 hours for the task.
We´ve been exploring the area of South Australia for some weeks now, although the container with the planes was about 3 weeks late we still could do some good flying by now. First we tried to get the best out of the cool southerlies bringing strong winds and low cloud bases… still three flights between 600 and 730 km were possible. Afterwards came a period of blue soaring weather: I had a go on some out and return attempts and actually did a 580 km O&R to the Flinders Ranges and back in blue and relatively stable, but high (10500ft) conditions.
Then it was the prefield of an outstanding troughline wich brought the first 1000 k day. We were all waiting for it and fortunately, it was Fabian´s turn to fly the Discus. From all the flights done before, we had soon worked out the best turn points for a 4-leg-Yoyo flight: Wilpena, Burra and Cradock. Equipped with a tought through time schedule and two alternative tasks (with options involving the flatland in the East, Waikerie, Renmark…), I launched him with the Stonefield winch at 10:20 am local time. Unfortunately, we had been a bit too optimistic and Fabian found himself back on the ground only ten minutes later. Ballasted with 110 kg of water, there was no way to climb in the blue yet. At 10:45, we had another go, already late according to the schedule. This time it worked out and he got a nice climb to 3500 ft in the blue, just to see the first cu clouds developing in the north. From this moment on, Fabian speaks of a totally easy-going flight at up to 14000 ft cloudbase a
The flying in Australia, the exploring of almost unknown soaring terrain and the preparation of the long-distance tasks is an awesome experience for all of us. We have already worked out suitable turn points and prepared for a 1000 k FAI triangle – don´t be too surprised to find it on the OLC in the next weeks!
We are still a little unsure about how often these great weather patterns appear during December and January, but hopefully we will have a chance to get some more until late January when we will depart to Europe again.—–
I can tell them that the weather can be excellent in December and January in Australia, so long flights till then are possible , certainly in the Stonefield area where the best weather mostly comes a bit later. In fact the very first competition in Australia is in the East and the last one in the West[February Horsham]

A bit of rest in Namibia and S.A. on December 7,  so the action comes from pilots flying in Australia. And one of them, Tobias Geiger  flew  a great 700 km triangle [827 total]  in an LS4 from Benalla.Not bad either  and also in LS 4 a 788 km task from  Czech pilot Petr, flying from Tocumwal. Petr is this seasons tuggie at Sportaviation and this was his longest flight ever . Good on him!!!
Corowa had some good and  long flights as well.
On December 8 , pilots were active again in Bitterwasser and Pokweni and added new 1000 km. distances to the airfield list.
Proud in between those big gliders on spot 5 on the OLC, Tobias from Benalla in his LS 4, chapeau!
December 9 gave more and more 1000 km.flights from Namibia, best distance 1.273 km. and best speed 143 km./h both by Guy Bechtold in the EB 29.
The first 42 flights that day were all flown in Namibia except for one flight [on spot 17]  by Gert Kalisch who flew in the past with us in Tocumwal. He flew from a for me new airfield Kuruman Johan Pi in SA; 995 km in his ASW22 BLE.
Yesterday Tomas Suchanek flew a very nice 750 km triangle [799 km and a total of 823 km from Gariep Dam in the Ventus[17.5m].

Both arrived in South Africa to fly the SA Nationals at Welkom; Bruce Taylor from Australia and Ronald Termaat from Holland. Both very strong pilots. Bruce flies the brand-new JS 1 from Uys Jonker and I am looking forward to follow these comps. Only hope the weather is better then last year.

The Victoria State comps are over  and good friend Tony Tabart was able to defend his title, though Jo added that there was not real tough competition as only 4 pilots participated in this class. Here is the link to the results. Thanks Jo!!
http://www.gliding.asn.au/index.php/competition/competition1/55-2012-state-comps-results-and-tasks
Now Australia’s  junior national comps have started  at Kingaroy in Queensland ; Joey Glide! Will keep you informed! 2 Of the participants are the brothers Maddocks, Andrew and Nick. Both flew already in JWGC ‘s. Nick is flying this competition in a Grunau Baby II. They missed out on the practice day due to not -the-best-weather. One of the mentors is Garret Willet from the USA, he also keeps a blog which you can read on soaring cafe.
http://soaringcafe.com/2011/12/how-to-best-describe-the-practice-day-for-joeyglide%e2%80%a6the-bar-opened-early/

That’s it for now , you are up to date , back to the Christmas tree, which is still empty and needs colourful balls. Last year I was in Salzburg around this time, before travelling to Australia . Maria and Dieter went alone this year and send me the next picture of my favourite “Schloss”. 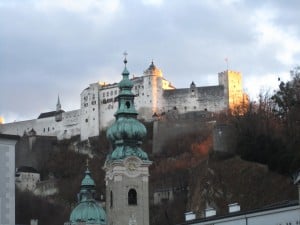