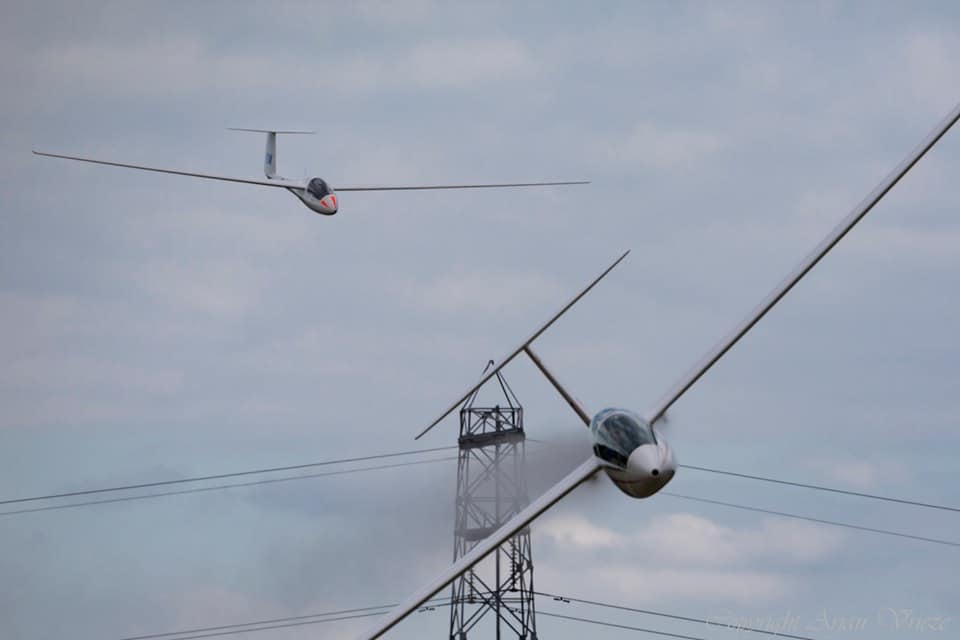 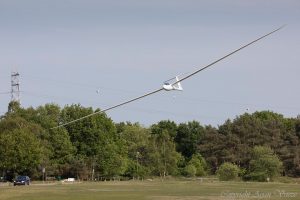 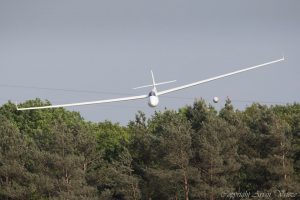 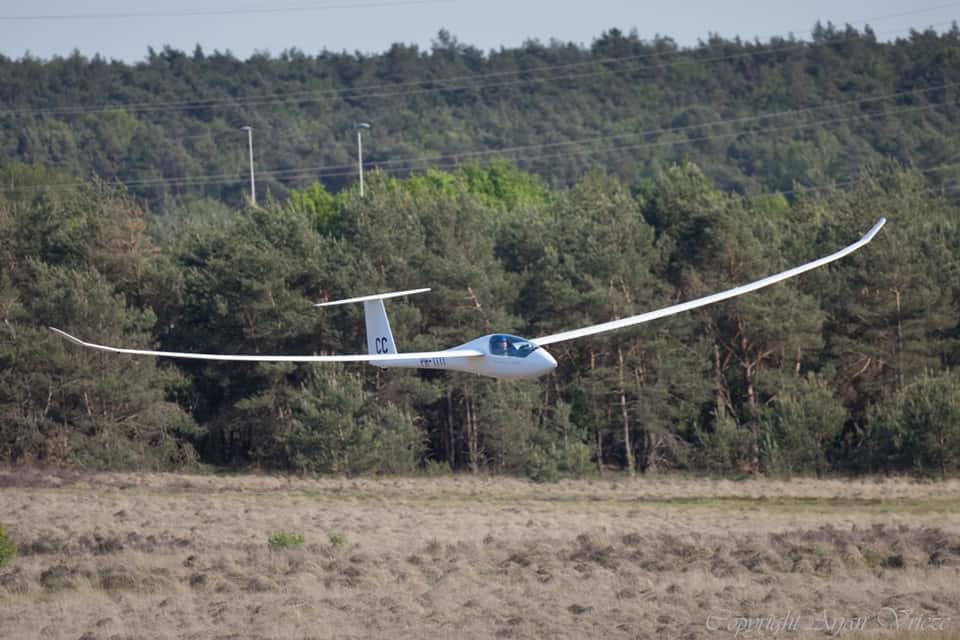 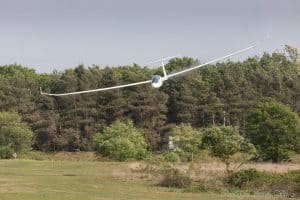 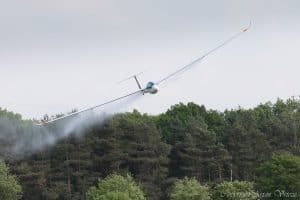 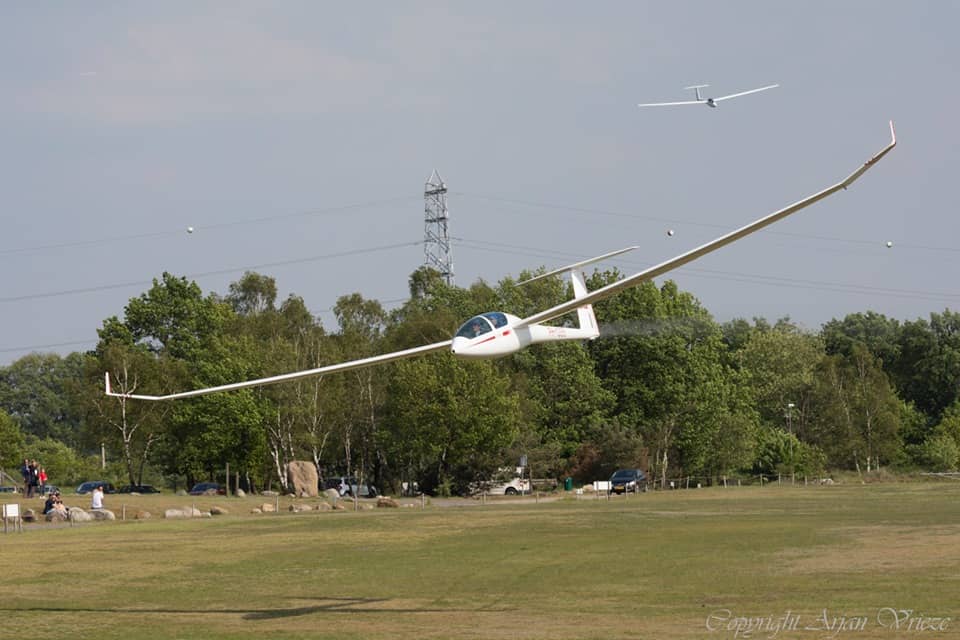 All finishes last Saturday and I saw them with my own eyes. Some look more “crazy” than they are,all SAFE!!!
Courtesy Arjan.

In my Sunday blog you saw more pictures and news from Saturday.
Nice temperatures on Sunday, due to a warm front, but NO SOARING WEATHER!!!
Day 4 was cancelled.

Day 5 task 4; They expected good weather, so tasks according to the expectations. Though in the afternoon it deteriorated a bit here, so it seems over there as well.

Day 6 started her with severe rain and thunderstorms and though it is just over 100 km. , they must have had the same weather. Indeed the day was cancelled! A pub quiz kept them busy in the later afternoon. 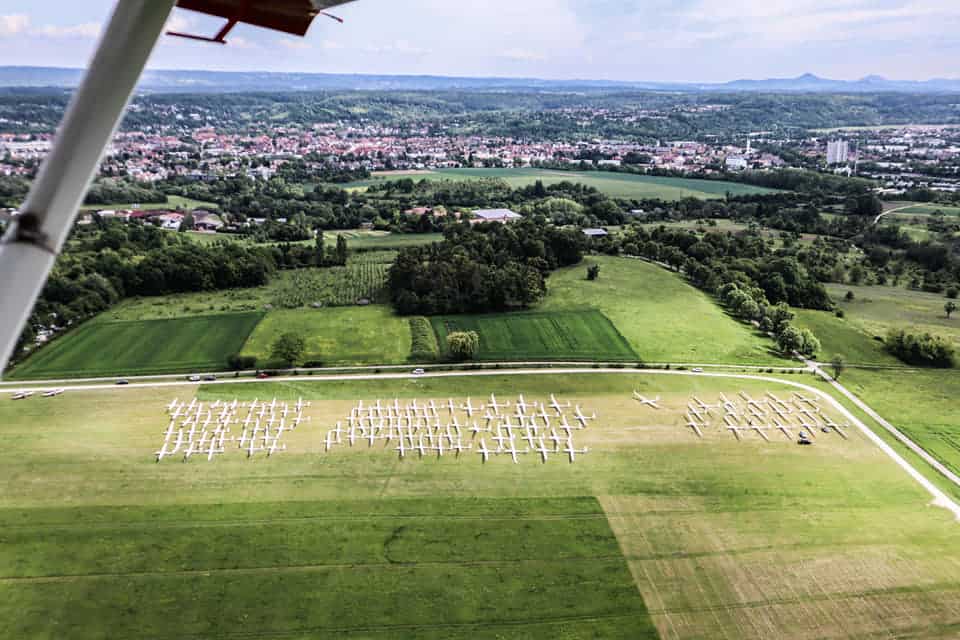 On Sunday  it started there at the beautiful Hahnweide with task 2. They flew in 5 classes and a lot of  international visitors choose Hahnweide as their soaring goal.

2-seaters… 4 Hour AAT and Norbert Sommer in the ARCUS M won the day followed by Katrin Senne in the ASG 32 MI flying that day, with Arne Boye Moeller. 17 From 22 finished and among them Laurens Goudriaan from S. Africa in his nice new ASG 32 MI, Adam Woolley/Butch  for Australia, Patrick Stouffs and Arnoud de Broqueville from Belgium and John Coutts from NZ.
An off-day for topper Holger Karow who was one of the out-landers.

Day 3 on Monday with task 2; with more difficult conditions, but….. “a small window”!!!.
It turned out a tricky day with out-landings as later in the day there was over-development ,total overcast as I could see on Matthews video. He was back.

“Common call for me after we landed, who on earth did I upset to deserve this? Followed by lots of laughter, just laughter, how did we get so unlucky – read the first point!

Pre-start, I think we identified that we needed to wait for the weather to come through, plus get high enough & close enough to the start. We started when we wanted to effectively, behind the general gaggle in a good position. First climb, good, second, good, third, good, all to base. Then, glide, glide, glide, past many options, all that didn’t work.

Finally we reached option G, which included back tracking down the Alb, working wisps, bowls, hillside, towns, smoke, gullies, chicken coops, you name it… all the while tracking in the only direction there was available, HWW.

& that’s where we landed, totally dumbfounded, but laughing our heads off with bemusement. I hope for no nightmares tonight...” 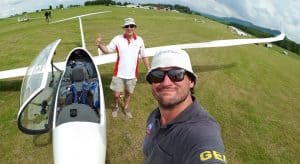 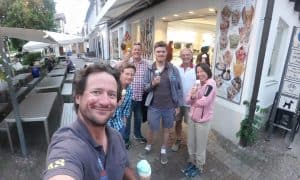 On Tuesday NO FLYING but some great pictures from Kathrin who is not only a good artist [painting] but a great photographer as well. More photo’s from Kathrin at
http://www.wolf-hirth.de/hww19/gallery/gallery.inc.php 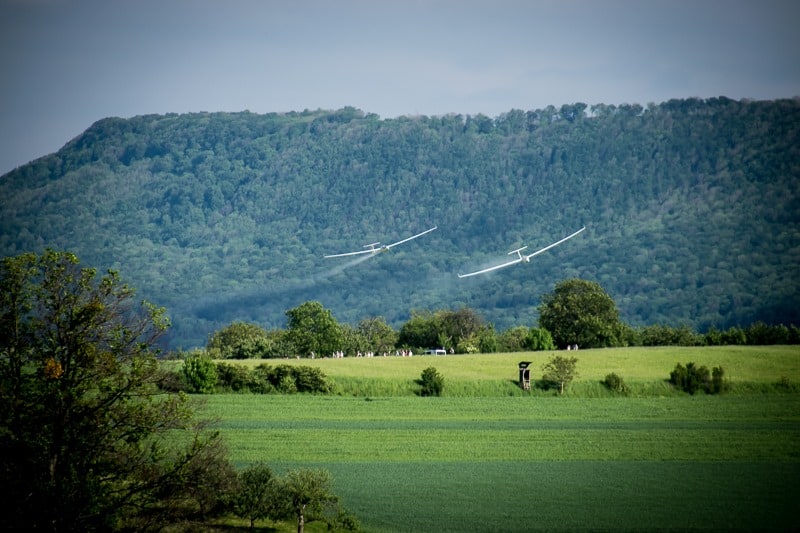 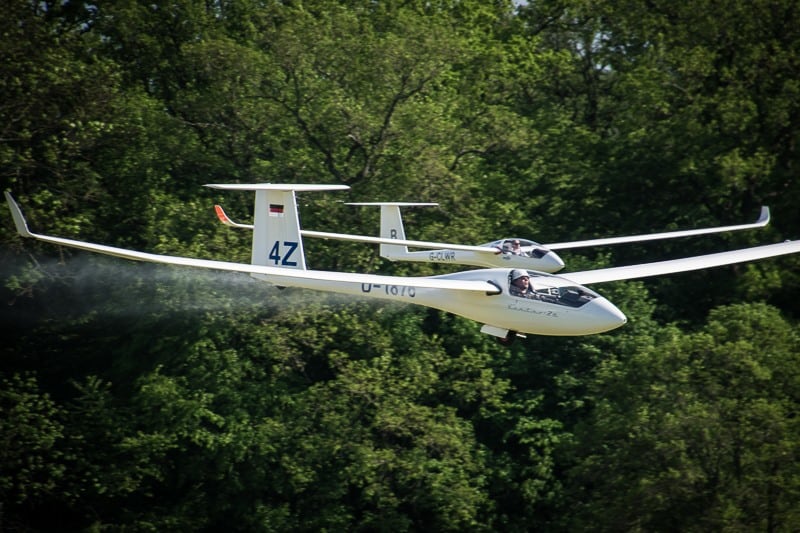 In the evening the annual and traditional ” Schempp-Hirth ” evening will take place in the hangar of the Fliegergruppe “wolf hirth”.

No news yet about today more later in the week.
Latest; 2-seaters and open have been cancelled the other 3 classes have between 200 and 250 km.

CLUB class NATIONALS in the UK . 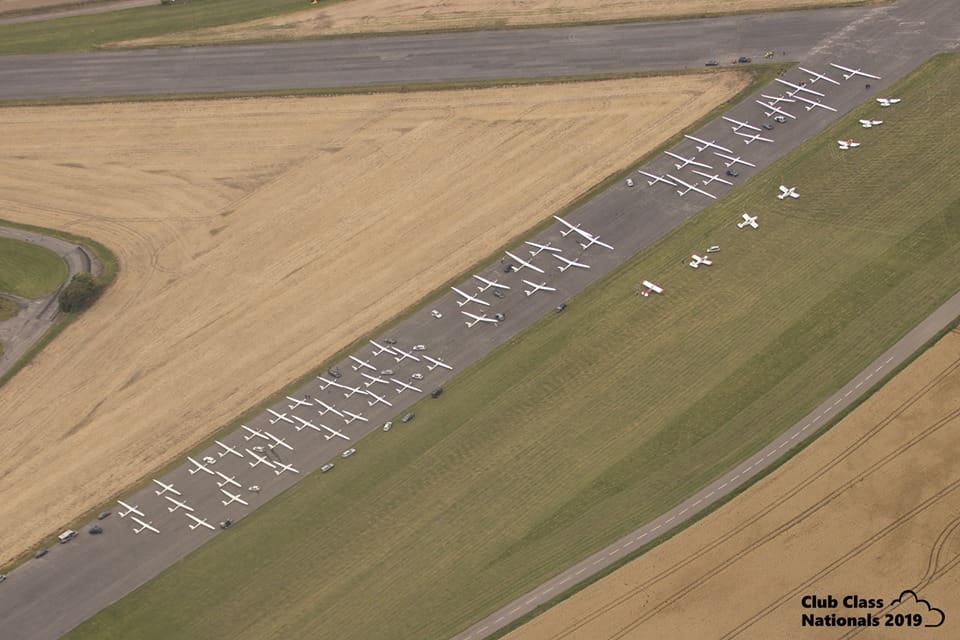 The Club Class Nationals start today [May 25 ]at Aston Down, with some of the best pilots in the country – and indeed the world – battling it out over the next nine days.

The Junior British Team pair of Jake Brattle and Finn Sleigh will be fighting the Senior British Team pair of Tom Arscott and G Dale. We’re hoping to see some good flying from Clement Allen and Henry Inigo-Jones, this year’s Junior Team reserve pilots, whilst Danny Richmond and Alistair Emson complete the under-26 contingent, both flying their first Nationals in their Standard Cirruses.

More news next week, maybe even on Sunday afternoon again.

There are many more comps around this time. Scores you can find on www.soaringspot.com