DUTCH NATIONALS AT TERLET with 6 out of 12 day’s;
On Wednesday it was raining in the morning, BUT still enough to do at briefing as one of the Dutch Juniors , Jelmer Vis, received his prize for being the best in the Ventus 2A in the combi class,  the day before. Good on him. 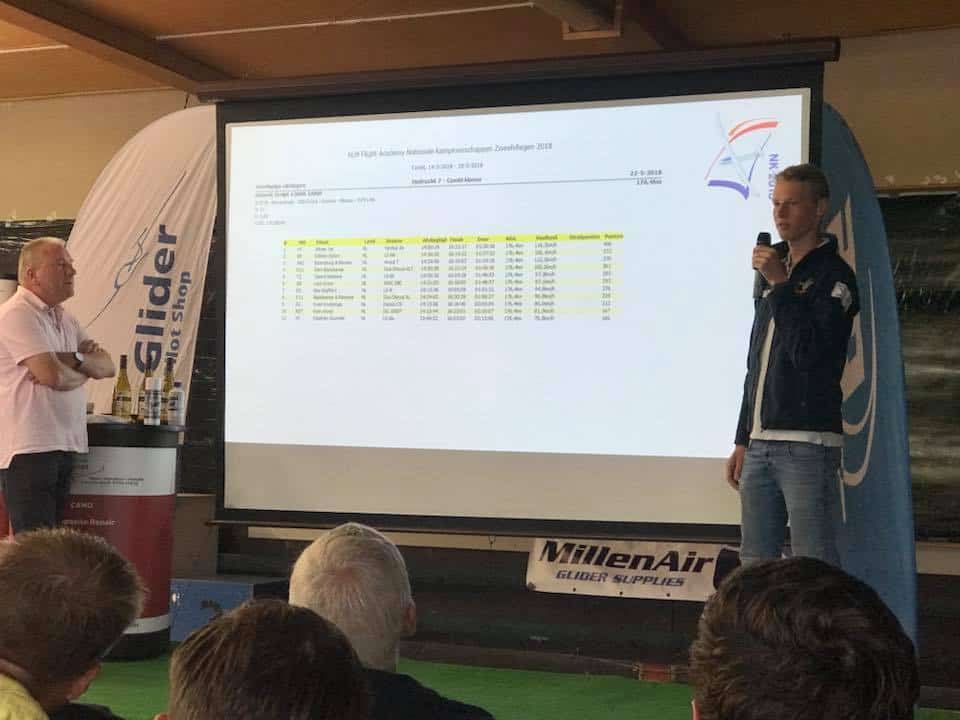 Jelmer tells the “rest” how he did it!!! With CD Ton to the left.
They are a real nice bunch of young enthusiastic and eager pilots, as you can see.
The Dutch gliding future!!! 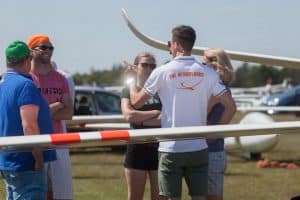 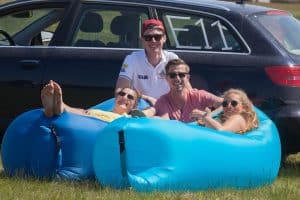 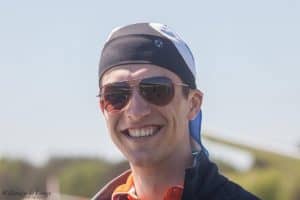 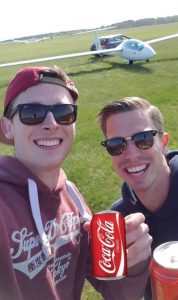 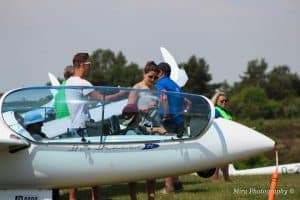 Unfortunately  Wednesday was cancelled. Most stayed for the day as , they knew the quality of a good BBQ in the evening. So only 2 day’s to go but it’s already more than some other years.

Thursday they carefully tried to squeeze a day out. Tasks were set ,but …in the end,  they had to scrub the day. 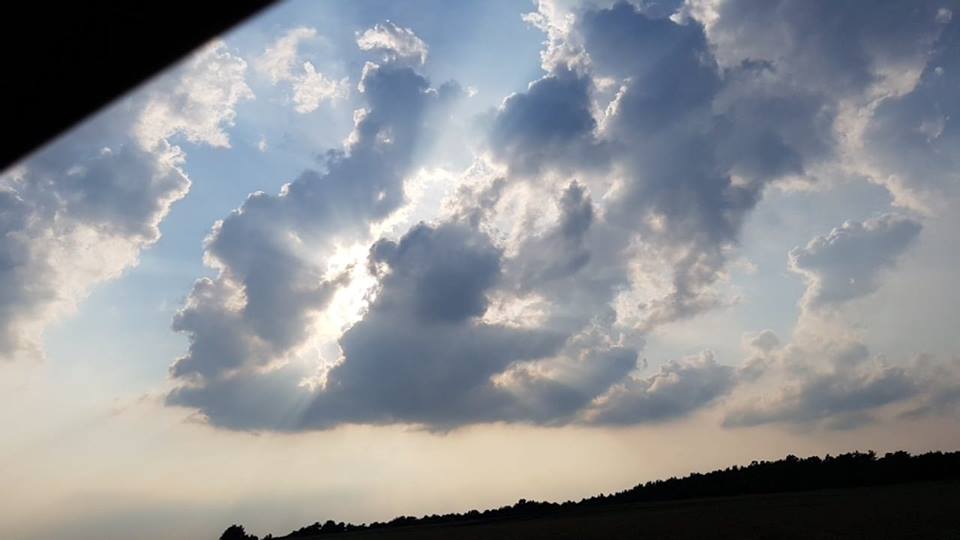 as shared by the organizers.

Glorious ,but also “dangerous “looking skies, so short tasks to have atleast  another day and be back before the expected thunderstorms would arrive.
We had a nasty one here yesterday evening with loud thunder, no rain , but fire brigades racing out after the first BIG BANG.
18 m…189 km.;
Difficult day in the office and some “motored” home. Those without an engine had to go for it and the best still were the best , though Jelmer’s day was not too flash with a 5th place and a speed of 66,65 km./h BUT he was back!!!Sikko, Hans [Biesters] and Steven formed the last daily top 3. So the DUTCH CHAMPION is STEVEN RAIMOND, with 4.392 points . He won 4 day’s !! Silver was ready for Sikko ,who won the last 2 day’s[!!]; 4.204 and for the bronze with 3.585 points , the 5th place was no problem for Jelmer [Wassenaar]. 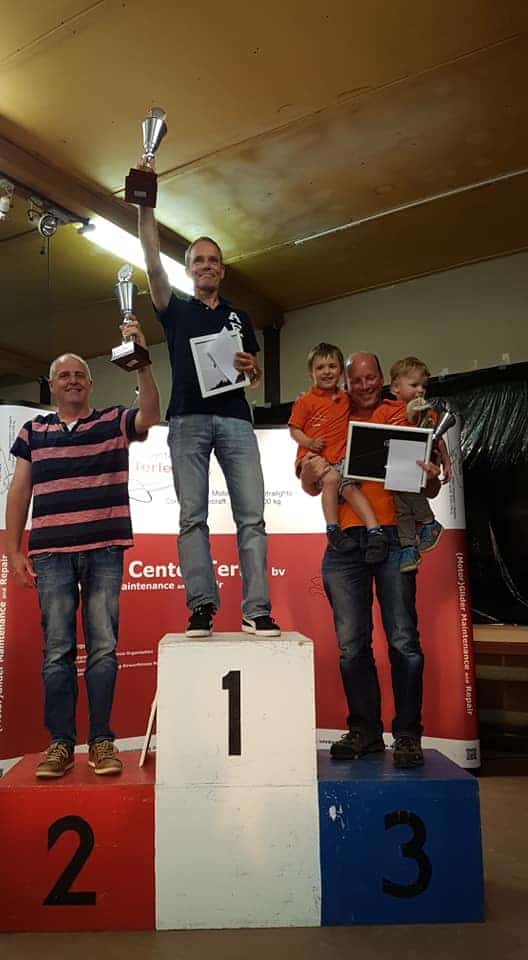 With Steven, Sikko and Jelmer . I had all 3 as TC in my team at different comps .
As shared by the organizers. 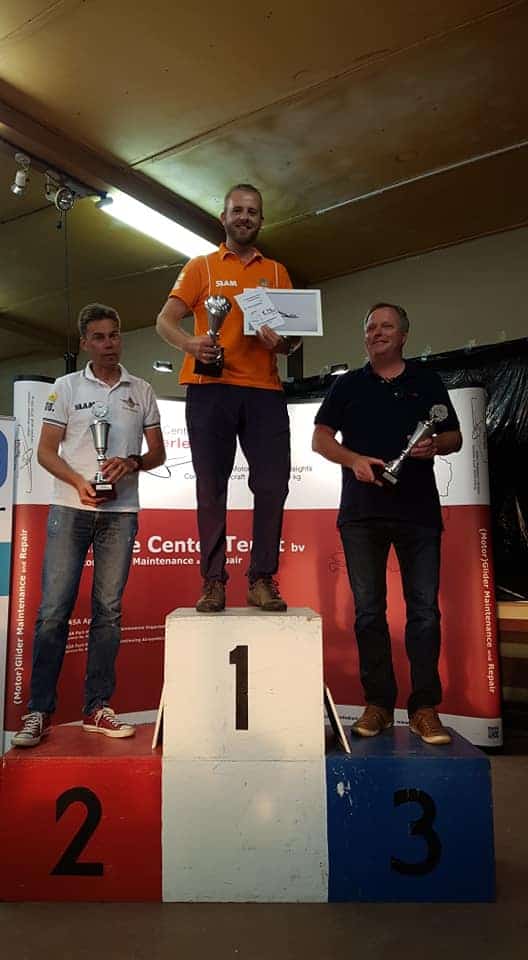 With Peter, Ronald and Mark.
As shared by the organizers. 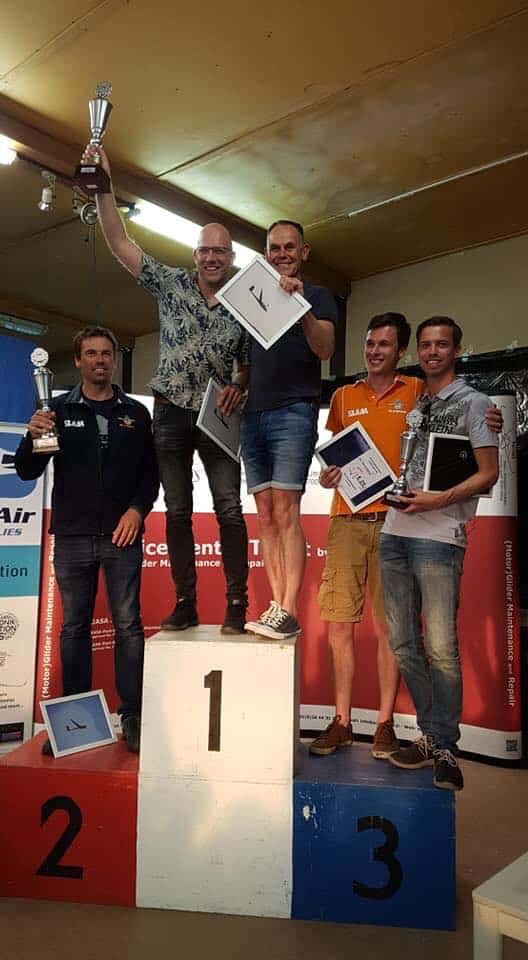 With team Batenburg/Bouma on spot 1, my former junior Robbie to the left and the new upcoming juniors on the right.

The prize-giving- ceremony to honor the champions was at 8 and after,..yes PARTY TIME.
CONGRATULATIONS TO ALL !!!!

Rookies of the year; Thijs Bastiaanse and Diana Schuit.

By the way the comps ended on Friday. On Saturday they flew from Soesterberg [Aeroclub from Amsterdam] 593 km in LS 3 and 710 in ASW 22 BLE
To finish the NK,  2 great pictures from Mira van Aalst; Ronald with his finish in XT on the last day which he won. 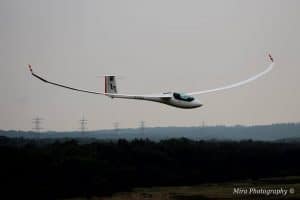 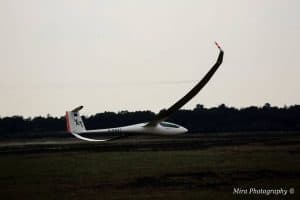 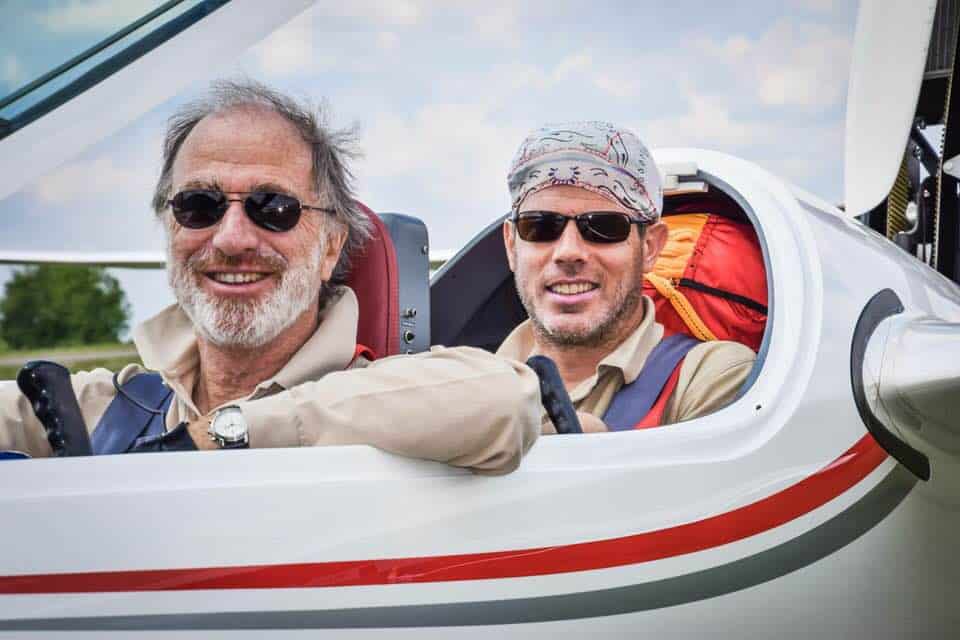 🇧🇪
As shared by Pierre.

Saturday; turned out to be the last day as Sunday had to be cancelled. They needed 4 day’s for a valid competition and they succeeded ,…only just……in 2 classes.
What happened on the last flying day 4 and 3 hour AAT’s, so  a GOOD day again !!!
combi…4 hour AAT;
With nearly 400 km. Daan Spruyt won the 1000 points in his ASW 27 in time 4.04,55!!! With 20 km. less, but in 4.02, the Keiheuvel mates finished ….first Jeroen ..then Dennis and Jef. Critical for the title was that Jeroen had 2 more points on the last day AND,….with the 2 points he had already ,Jeroen  is the new BELGIAN CHAMPION  in this class;3.814 points and Dennis had as runner up 3.810. Jeff followed on 3 with 3,750.
Jeroen;”The past week we flew the Belgian Nationals in Saint-Hubert, as usual together in team with Dennis. We’ve been crowned as Belgian Champions after four days of flying, the weather wasn’t always a friend but after all we can be satisfied! ” 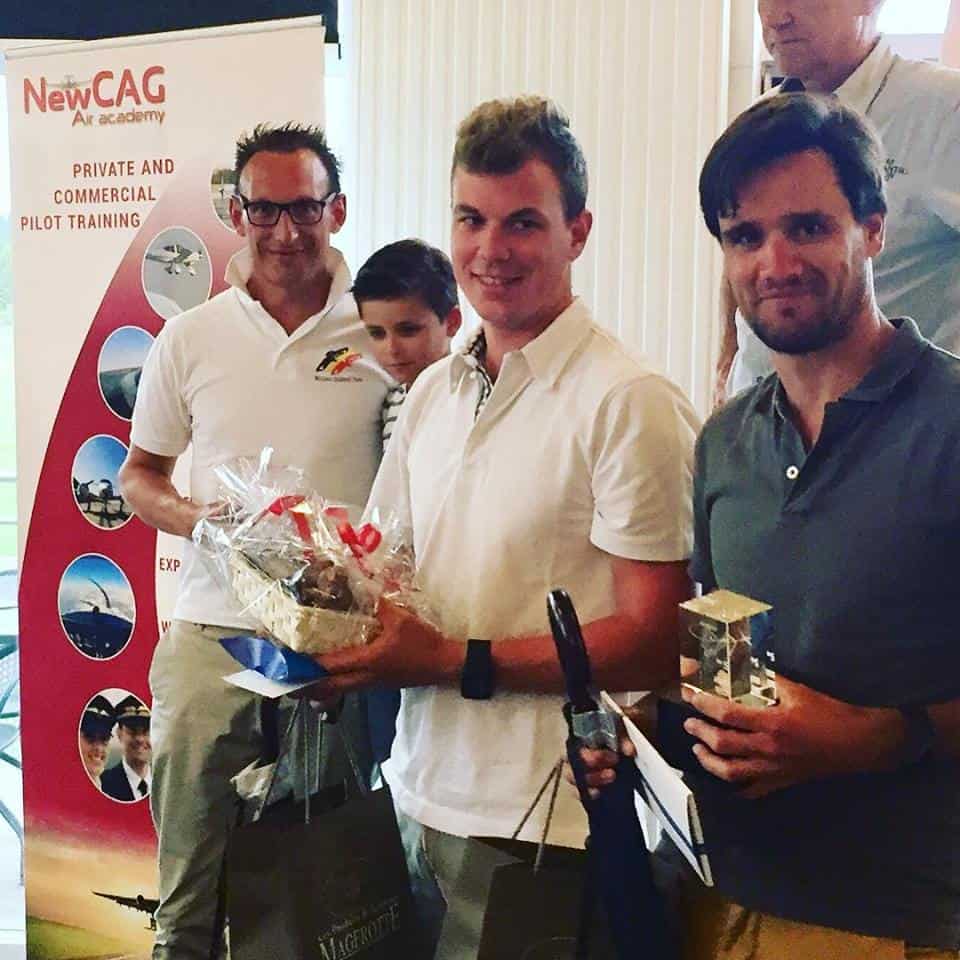 With Jeroen in the middle, Dennis to the right and Jef to the left ,with his son Leon, a future champion!!!
Picture shared by Gitte. 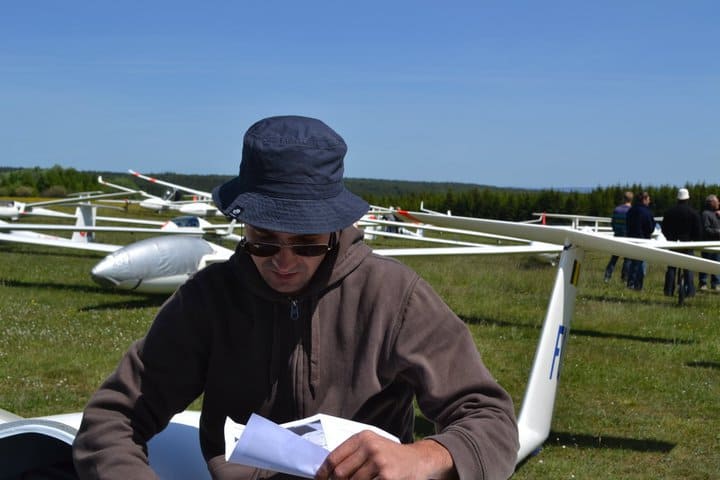 Pieter Lievens as vice champion in the Belgian combi class.
as shared by Pieter. 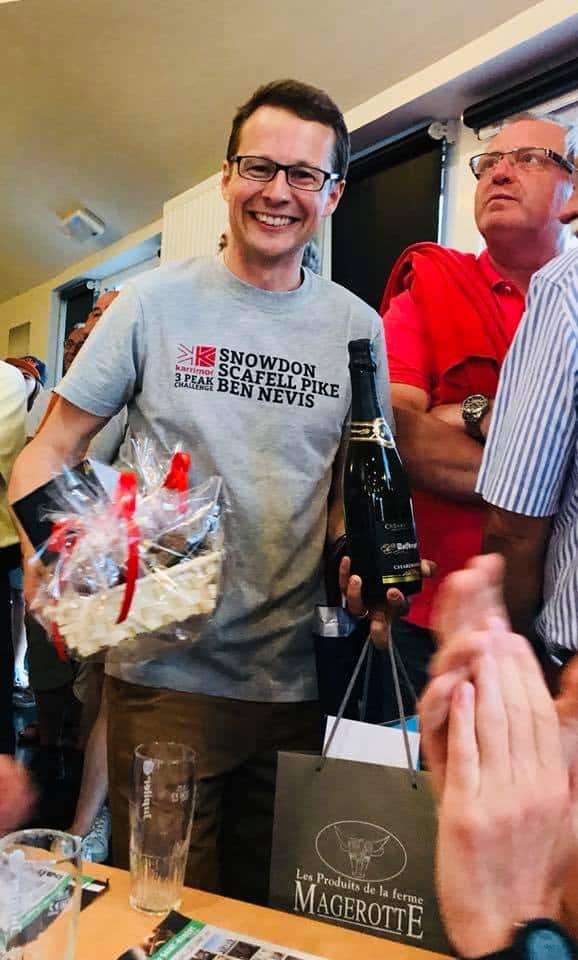 ——FAI SGP in Usman in Russia; 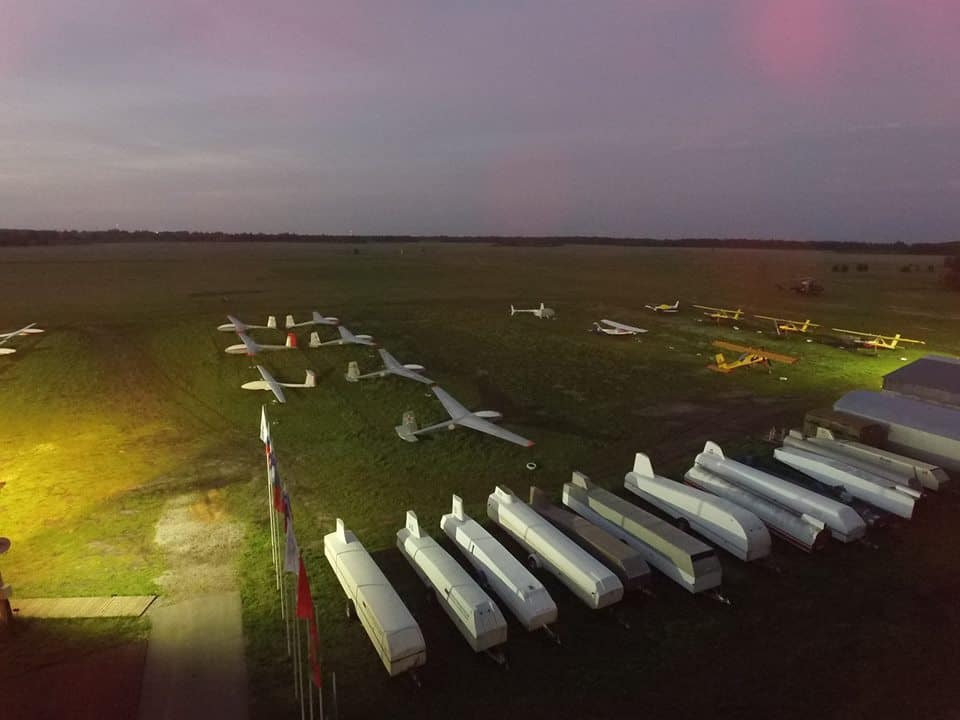 Not the best weather there either.Only 3 races  till Friday and 4 cancelled days,so ALL hope was for Friday and Saturday the last 2 days.
BUT……Friday was cancelled too, so only Saturday to go!!!
AND,….this last race , number 3, changed the total situation.131 km was set with a regatta start at 13.45.
Petr finished on spot 8 only gaining 2 points. Not enough to keep the lead he had for 2 day’s. He finished on spot 3 overall with 11 points.
Evgeny Zlobin got the 11 points for the last day [1 point bonus] and won the SGP with 16 points.
Vladimir Radovski is the runner up with 12 points gaining 8 points on the last day.
Only 3 races were flown.
And the next FAI SGP started already last Sunday in

—–Boras  FAI SGP …Sweden;
They started with 9 pilots , one from the UK , 2 from Germany , one from Norway and the rest from Sweden on Mai 27 [going till June 2]
Race 1; A short yo-yo task with challenging weather. Stefan mentioned ONE  “good thermal” from 1.4.
3 of the 4 “strangers” straight away topped the scores after a very tricky day. Jon Gatfield [ASG 29ES] from the UK got the 4 points the German pilots Stefan Langer[Discus 2CT]  and Christoph Limpert [ASG 29ES] the 2 and ONE point. 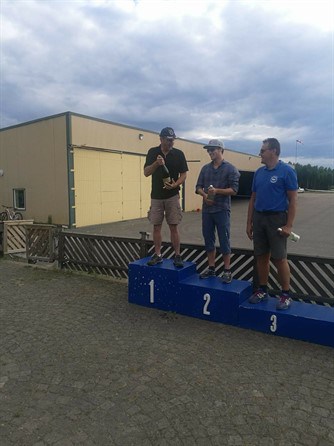 Jon, Stefan and Christoph race 1 winners.
As shared by the organizers.

Race 2; 172 km. but the weather did not co-operate. Scrubbed.
Race 3; 123 km. was set AND flown by all but some got penalties. David Gustavsson in the LAK 17 “got” the 8 points and Boerje [Eriksson] as runner up 6.
Today big task; 344.72 km.
more next week.
Looking at neighbor country Norway,…they had several over 700 km. flights yesterday. 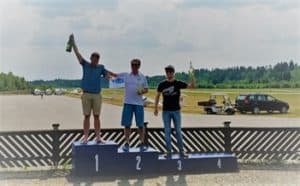 Day 2 winners; David, Boerje and Stefan.
As shared by the organizers.

——OSTROW GLIDE 2018….practice before the 35TH WGC for small ships which is from July 7 till  July- 21 -2018
The Swedish and French pilots arrived already early, as always VERY serious about practice before a WGC..
Parallel with this Ostrow Glide for club class the Polish 15 m. Nationals….May 24-June 3 2018
Practice is in progress and not too bad weather; 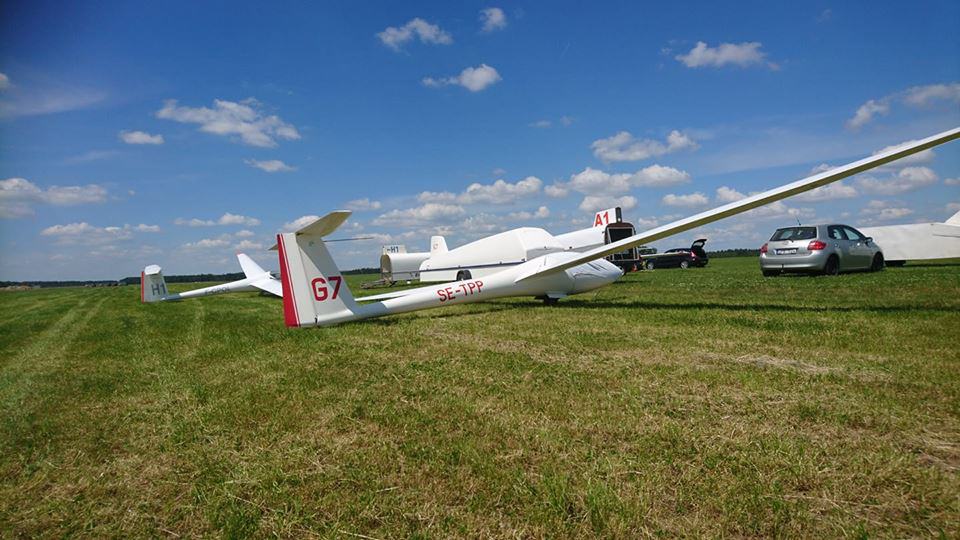 As shared by Per Carlin from Team Sweden. 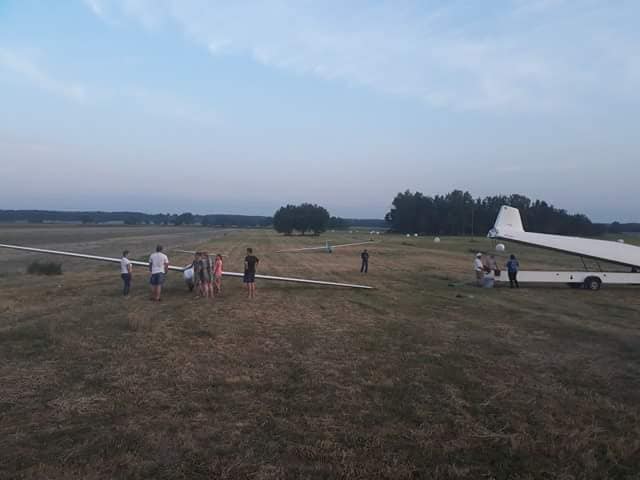 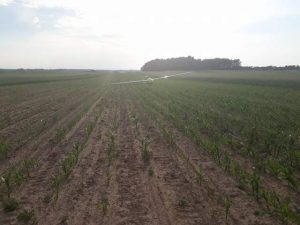 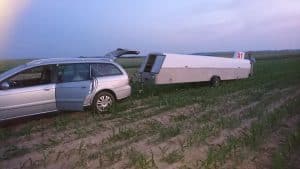 As shared by Per from team Sweden

——Last but not least this great picture shared by Matthew Scutter’s Gliding on April 29. The picture is made on April 28 at 21.21 in Planeurs d’Ille-et-Vilaine 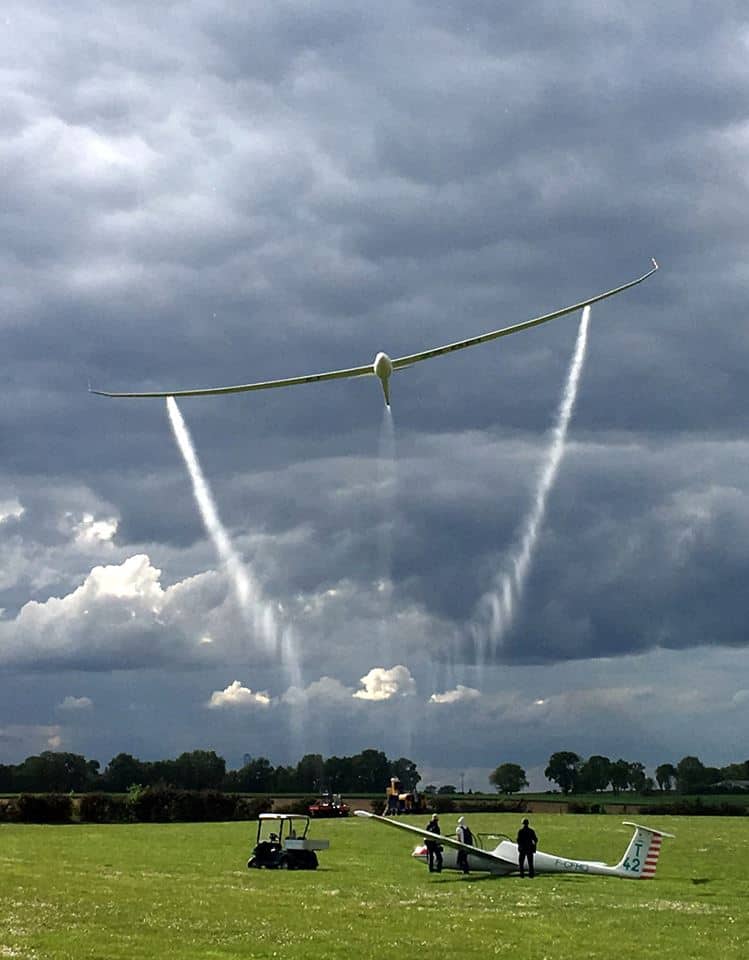 Matthew also shared this LAST NEWS!!!! And yes it happened before in 1990 when one year later the WGC was moved from Minden [Nevada] to Uvalde [Texas], I was involved in that one as TC and in Sweden from in 2006 when the WGC moved from Uppsala to Eskilstuna [I was the champion-editor there] BUT NEVER about a month BEFORE the WGC!!!!! 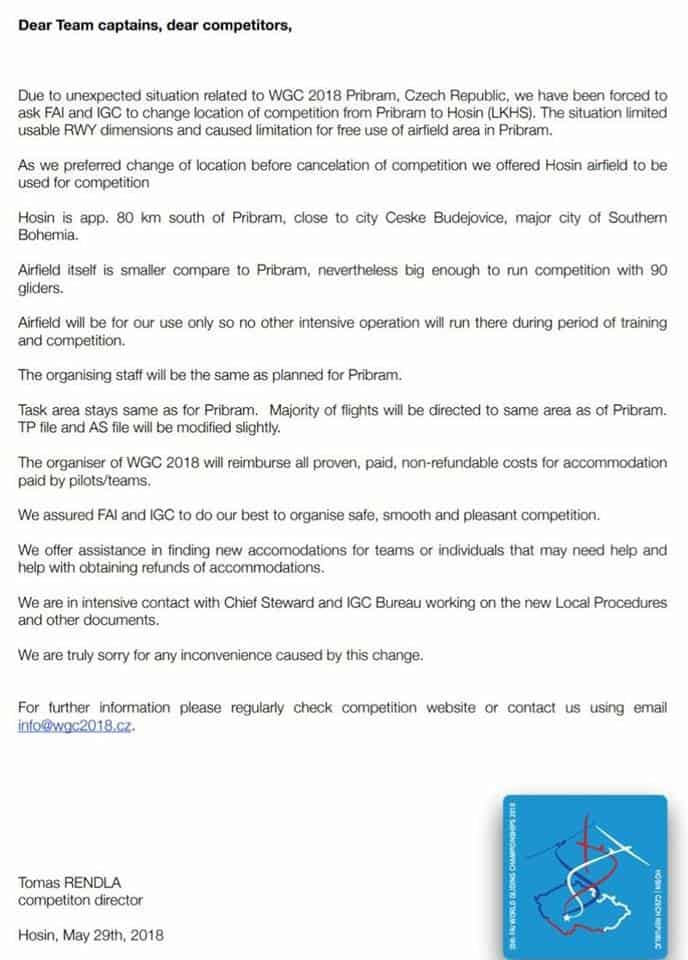 Global warming;The normal average temperature in this time in the year is for Holland around 19 dgr. C.
The last day’s we had over 30 dgr. C, so tropical temperatures in Mai and,…. still spring.
With up to 54 mm of rain on one day, severe storms , code orange for wind and hail, land slides and flooded cellars and houses, the climate change is very feel-able and visible here.
They say,….we have to get used to it!!!!
Cheers Ritz