Not a lot happening this time of the year. THOUGH ….containers will be packed .
AND,…..more than ever before!!!! They will leave from Europe,Africa,  the USA and NZ ,  because of the WGC in Benalla .
A lot of pilots however swap or rent a glider in Australia, so no hassle for them of shipping, only the hassle to know another glider and the instruments.
We did that many times in the far past.
At this stage,  containers are packed for travelling from Europe to Namibia, South Africa, [ where the first big competition ,….the SA Nationals start on October 1-8 in Potchefstroom with 38 competitors in 3 classes] and to Australia, where as said,   the WGC will be flown . For lovers from mountain soaring,….the wave soaring at the OMARAMA Paradise will be busy again but they have gliders available.
The down- under-competition- season starts  in the East also on October 1-8, with the Queensland State Comps flown from Jondaryan with 24 competitors in 2 classes.

Love all the pre-news from Benalla written on their official site;
http://www.wgc2017.com/news_add_here/list-of-news/benalla-entries-now-in.aspx

—” As the official entry deadlines approaches, WGC 2017 Benalla has received 114 entries from 29 Countries. There are 35 entrants in Open Class, 43 in 18m Class and 36 in 15m Class. Over the next few days, the competing pilots’ details will be entered on the left hand side of this page.Some exciting gliders are on their way to Benalla that have not previously been seen in Australia. ”

You can see the rest of the story and pictures from p.e. the CONCORDIA, the VENTUS 3 and DIANA 2, on their site.
By the way the official deadline for entrees was August 31, so the numbers are clear now.

A great video as well from Bruce Taylor who thinks that the pilot with the best skills in low blue challenging weather will belong to the top 3 in Benalla. Bruce flies in open class and as all Aussies fly a lot in the blue , that might be an advantage for them. It’s Bruce’s 13th WGC and he flies for 33 years.Have a look at FB .
Mind you the  blue conditions are mostly VERY good in Australia. Ingo flew a 1000 in the blue, but then Ingo is Ingo.

Good practice is possible as well in Horsham.
“The Australian Grand Prix – first qualifier of Series 8, will be held at Horsham, approx 300km west of Benalla, from 14-20 December in 18m class. Good practice for the world comps. Book via the web page .
http://www.sgp.aero/australia2016.aspx

12 pilots, among them 2 from NZ and one from Germany and Japan [Mac] .Among the Aussies David Jansen, Terry Cubley, Pete Temple and young ones as Adam Woolley and Andrew Maddocks.
“ The area is beautiful and  has very few airspace restrictions  and for that reason ,it is possible to set tasks in almost any direction from the airfield.

The countryside is mostly open large scale farmland, with some areas of natural vegetation  In the unlikely event they are needed, out-landing options abound.  The Grampians to the south is a range of low mountains which rise to about 3000 ft. When weather permits task setters will make use of this feature.”

I guess most teams have already decided where to fly and practice before the WGC starts, but when something would go wrong this is an opportunity as well for a few as there are 12 already.

Though this summer was for sure not the best ever, we still did see some marvelous soaring days. Unfortunately not enough!
With autumn now, even flights from up to 876 km. in Spain from Fuente in an ASH 31/21m.[800 km. FAI triangle!]
The mountains in France attract a lot of pilots, as always this time of the year. Courses or [team-] training periods are visited well by pilots from other countries.
The [young] German team flies from both Serres and Puimoisson . Some great flights from Puimoisson with 850 km. in an LS 8.
Vinon is busy this time of the year as well. 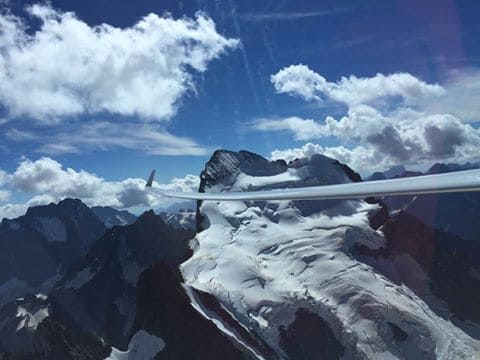 As shared by Francois Hersen on FB.

Serres had 2 x a 1000 km. flight with well known pilots;
First of all Klaus Ohlmann , in the Stemme S10, who started as you can see on the trace on September 5 , with ridge soaring but flew further on in wave.Still 1.034 km.
” Bad idea to start with ridge soaring. Anyway, the day was not the one…too much humidity. But finally with 7,5 octas a nice flight.”
Young Benjamin Bachmeier flew with Vincent Heckert in the Duo Discus about the same distance ; 1.029 km.
The ” mistral-day “was “not long enough” so to make the 1000 they flew to Vinon and landed there [south from Serres] to be picked up not much after they landed. Good organization, fast crew! 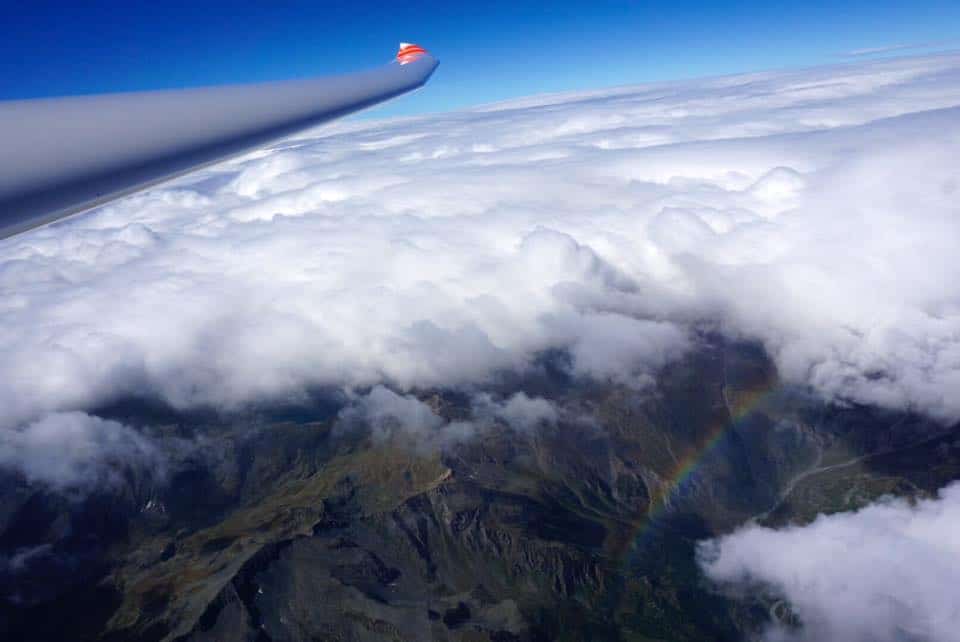 Also Brazil had a good soaring period with flights up to just over 800 from Luis Ed Magalhaes and over 700 from Bahia. Even 578  km. in a St. Jantar, and even better…..a diamond 500 km..
All Brazilian flights were FAI triangles!!!

As shared by Keith Lorenz.

At this time the annual mountain competition in Scotland is flown from Aboyne with 20 competitors in one class.

Not the best weather but they still fly till the weekend and the weather should be better.
Till now they flew 2 days after there was no task on day 1.
Day 2 looked better with a 2 hour AAT , but no flying.
Day 3 had a 391 km. task and was flown by 12 from the 18 pilots who started.
More next week!

Three new Ventus, a Minimoa and a SHK all on one photo taken yesterday on Hahnweide airfield.
As shared by Schempp-Hirth. 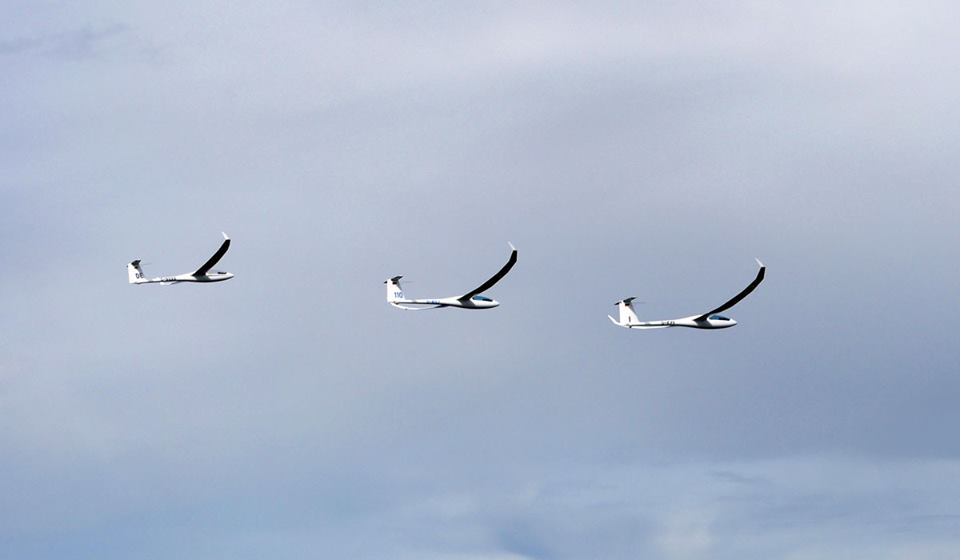 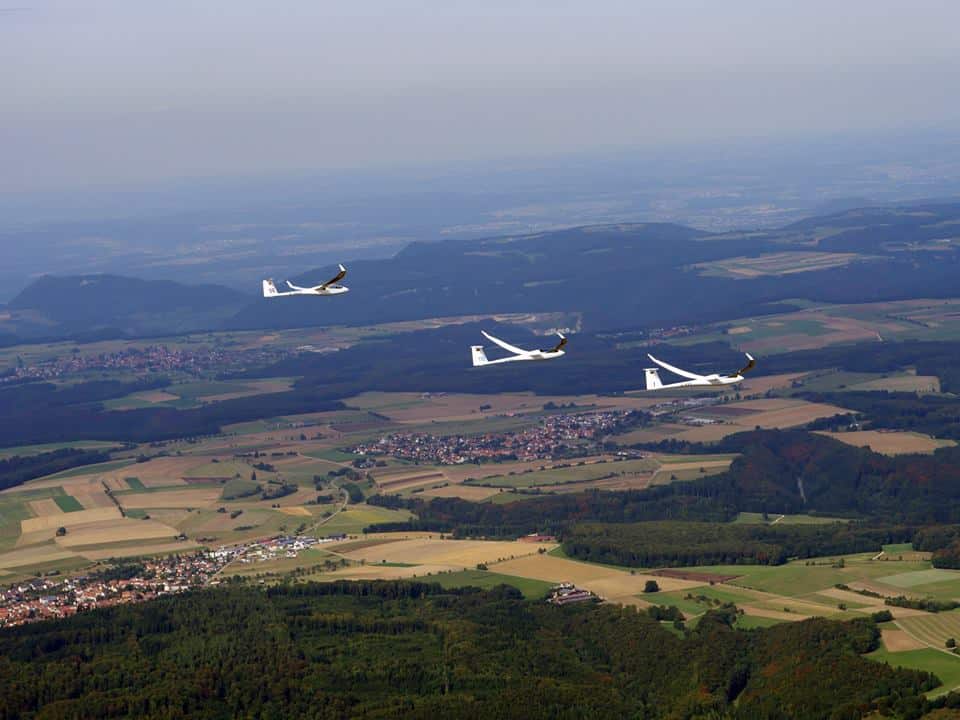 ” Three gliders, two generations.
Ventus-2ax plus serial number two and three of the new Ventus. Thanks for photos to Christoph Wannenmacher, who took them while flying the new Ventus prototype.”

And to finish a nice picture -story from Arne Martin flying over beautiful Norway. He always makes great pictures and tells you about his flight. 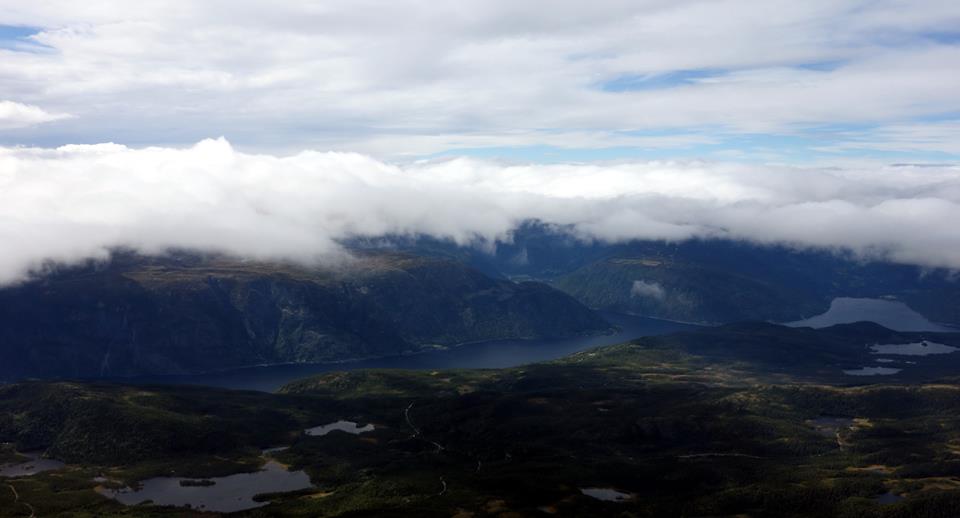 In a wave by Blefjell (view towards Tinnsjø).
Unfortunately the clouds closed in so I had to descend again just as I was getting good lift. 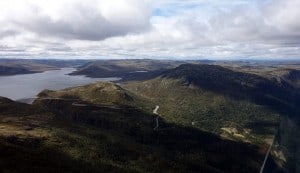 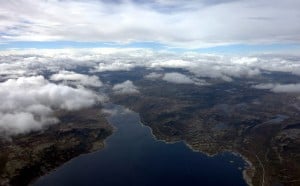 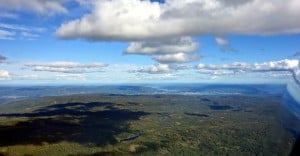 1. Low in Uvdal. Difficult when low here, and I eventually I had to run the engine a little to get back in the wave.
2.Back up in the wave
3.After a difficult day, there was a cloud street with good lift appearing just as I got back to Hokksund.

Still not the fittest person in the world.
Sorry……just for the time being , short blogs!!
Cheers Ritz