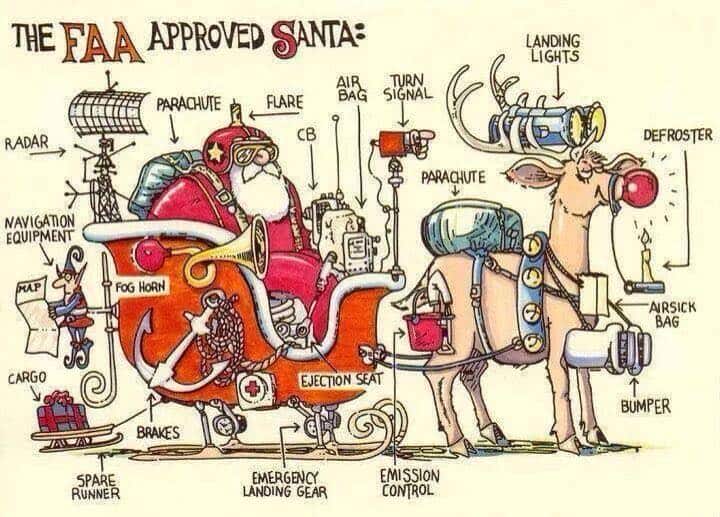 Love this one!! Merry Christmas to you ALL.
As shared by Aicraft Maintenance Engineers.

Also over the Christmas period, soaring continues as in some parts of the world it is HIGH season. Remarkable weather in Europe as well. We here in Holland had temperatures up to 13 dgr. absolutely TOO high for the time of the year, but to be honest I like it better than the frost.
Europe had since ages [1500] the warmest year, so had Holland. [11.5 dgr. instead of 10.1 !!!]
It looks like those who always warned us for the global warming are right.
We had the shortest day as well, so …..on our way to summer again with every day a bit more light. 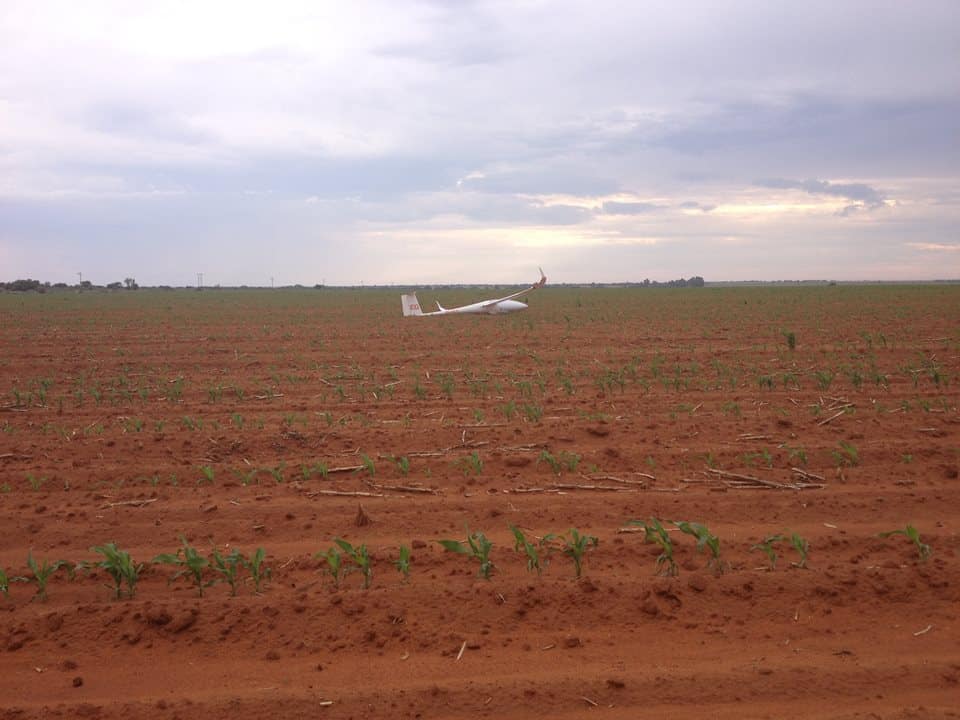 Nice field choosen by Sven
345 for st./15m.Picture shared on FB.

A lot to talk about after the flight .

As seen and shared by Jeroen, who flew that day a PR on a 500k task: 167,3 kph! A very interesting final glide…he mentioned.

Day 7 was the last day. What could we expect/hope for?
In Club class AP was 900 points ahead, so the expectation was that he was going to be the new champion.Spots 3-4 and 5 were close and there could be changes.
In 15 m. Wayne Schmidt [ ASW 27 a] was more than 340 points ahead of Rene Coetzee. Nico Leroux won day 6 and if in the same flow he could go up to be runner up. We had to wait!
In 18 m./open John [Coutts] was clearly the best …400 points ahead of Oscar . Spots 3-4-5 and 6 could still change.

Day 7 was described on their site as :
” The final contest day for Nationals 2014. Blue skies and a stiff northerly wind. Last evening three sand storms came through the airfield with one having some rain so that cars are now covered with dust as well as everything else.”
Later the added :
“ There is a band running NW/SE bringing in moisture and there is more moisture to the N of Welkom. Winds are more NW up to 20 kph. Boundary level at 3700 m with lift up to 4 m/sec. Conditions will be better to the W and S. Cloud will increase during the afternoon, dew pt. 6 – 8 deg, with temperature 32.3 deg and trigger temperature 30.1 deg. Spread-out at altitude is possible.”
What happened???!!!!
Tasks were set.
Club; 249.7 km.
15 m.;362.9 km.
18m.;425 km.
First of all,…they flew,…..BUT with stormy circumstances, some opted to abandon their flight!

In club class a new name on the daily highest spot; Jean du Plessis in the LS 1d , he won the max score of  836 points. AP had 810 points so he was the clear new National Champion.The rest remained the same.
In 15 m. stress!!!!! Only 2 from 6 finished on this last day.AND,…indeed Nico Le Roux won the day again in his LS 8. Wayne was 2 d so no doubt he was the new champion. But with 2 wins in a row and an out landing from Renee , Nico was the runner up and Rene dropped one place to 3.
In 18 m. Uys and Attie were the best on this day 7 with a speed of 145 km./h. over 425 km.Not enough to be the National Champion as John Coutts won with quite some marge.So ,…as we know John lives in South Africa but is from New Sealand, so I do not know the rules from this National Competition, but it could be that John will be declared the WINNER whilst Oscar is the new National Champion.Attie and Uys are the runners up.
For all scores daily and total you can go to www.soaringspot.com

An exciting competition mostly because of the weather.Great speed on good days, out-landings on bad/marginal/stormy  days.

The Tocumwal–Benalla–Corowa–Temora area had a great day last Thursday with flights up to 760 Terry Ryan [Tocumwal in ASH 26] , sevearal 700 km. flights from Corowa and 500 km. flights from Benalla and Temora.
On Sunday Matthew Scutter flew a 1000 from Pipers Field in his Discus 2a.
“ Good to get back into the distance flying. First real XC from Bathurst. Had a 1000 declared but was rubbish down south and west, so abandoned and just went for a fly.” But still 1000 km. 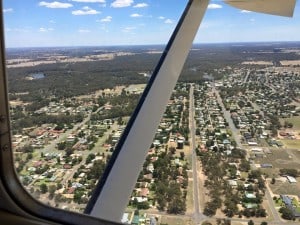 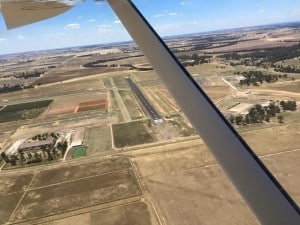 Toc from above as shared by the SRGC.

Great to see young Rasmus Orskow from Denmark, flying in Toc now with Joergen  from Denmark in the ARCUS.
“We had declared a 1000 k FAI triangle but were too slow on the first leg. So we changed plans and did an out and return of 800 k and a 920 k over 3 turn points. This finally gave us 3 Danish records with this single flight.We have been celebrating with champagne at Tocumwal Airport this evening.”
Yesterday they added another 900 km. direction West. 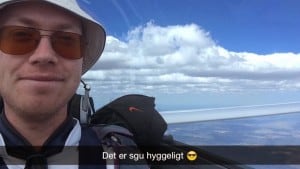 Young Rasmus as shared by Joergen.

Namibia still has 1.300 km. plus-weather, even FAI 1000 km. triangles.Fabulous weather there now!
Great to see that TOPPERS like  Wilfried Grosskinsky take young TOPPERS  like  Alexander Spaeth; 1.300 km [1.076 km FAI triangle ,speed 145.80 km./h in ASH 25EB 28
Argentina topped every list again on Saturday with flights by Klaus Ohlmann and Jim and Dennis.
Both flew Schempp-Hirth gliders. Klaus a QUINTUS M from Chapelco; 1.824.04 with a speed of 144 km./h.
Jim and Dennis the ARCUS M from Nahuel Huapi; 1.645,30 km.
You can read the news from Jim/Jackie and Dennis at  http://soaringblog.tumblr.com/

CU on the last day of this year 2014
Next Wednesday.
Cheers Ritz

Posted on December 24, 2014 Posted in Uncategorized