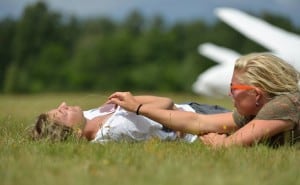 JWGC by Rob
Life continued in Leszno with happy moments and frustrations as Aussie TC Beryl mentioned about Friday’s flying and logistics. Ailsa’s crew ,Kerry and Swaantje helped out the first week and Ben young top-Aussie-pilot arrived “late” from Australia to be her crew from now on.
” A frustrating day with an undercarriage problem for Matthew on take off. Power failure for Ailsa on the grid and poor Ben Loxton on the slowest trip to Poland finally arriving on a train that took 3 hours to cover 80klms.
Five minutes after arrival Ben was on retrieve with Matthew to collect Ailsa.” 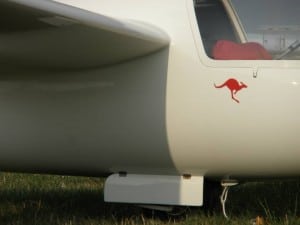 Courtesy Aussie team
Here is what Ailsa said about the flight on Saturday.
—“I had been in a climb away from the gaggle, then that broke up, so I went to make a start (Figured if we waited much longer the whole gaggle would outland) and bumped into 4kts on the way there. This went well higher than any other climbs so far that day (1600m?), so as soon as the gaggle spotted it, they headed straight for the climb. Watching 30 gliders straighten out and fly towards me from below was quite something to see!Started with the South African pilot, Iain Rennie, and we pretty much flew for 30km down to the deck before we found (looked for?) anything. We had some very ordinary climbs, and I started my usual trick of pushing on looking for a better thermal.. Almost landed out from that, but found and took a climb at 900ft or so. Then saw the gaggle 70 degrees off track and joined them at about 900ft again. Mostly flew the gaggle from there (left them for a bit when they decided 1500ft in the middle of a forest was a good idea.).The final glide home was truly amazing. The gaggle of at least 20 had all been working 0.5kt climbs to get to 35km out. From there the day was dead with nothing left to circle in. So from about 3000ft we all started whispering towards home, flying at 55kts. A few dropped off and outlanded, but the majority made it home. This is one thing I can’t imagine doing at an Australian competition, as we tend to always arrive home still dodging large areas of sink! My achieved glide ratio was 42:1 for the 35km. Today was a rest day, and Ben Loxton and I used it to fix the electrics. So hopefully I can run my PDA for the whole flight now, instead of saving its battery for rounding turnpoints!—“ 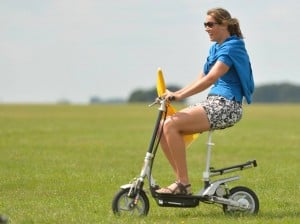 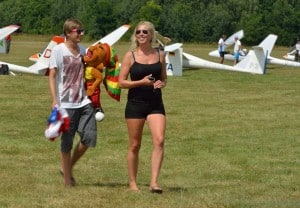 Luckily they all had a day off yesterday to get things in good order again. Not that they could sleep in as a loud thunderstorm woke them up , but atleast they could rest and there were was no pressure in the early morning. I noticed temperatures from in the low thirties so that’s pretty tiring. 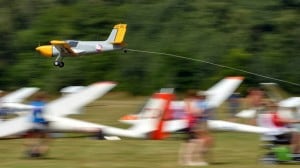 And I found another interesting story this time from Matt Davis from team UK, for those who have not read it yet;
—“Yesterday was a ridiculously hot blue day. Temperatures got up to 35 degrees on the ground and hovered around 30 in the cockpit all day. It was a tough day, climbs would peak at 3-4 knots but most of the time you had to take 1s and 2s before moving on. We played the tactical game yesterday, sitting in the start zone with our main competitors, the Germans, French, and Dutch. We were all in one huge gaggle on the start line and little groups kept peeling off to start but we waited and waited and waited and so we didn’t get swallowed up by the gaggle as soon as they left.

We were steadily descending so eventually we decided to cut our losses and just make a break for it. We had an OK first leg, staying ahead of the gaggle who inevitably started two minutes after us. The second leg started to go to worms. Sam had 1,000ft more than us, so pushed off ahead. Unfortunately it wasn’t a day to be alone and he struggled, eventually landing out. Luke and I were at the front of the gaggle with the Dutch and had a fairly long glide to a forested area, where I managed to climb but Luke missed the bubble from 200ft below. He then got swamped by the gaggle and couldn’t climb away. I was gutted for the lads but just kept plugging away, and started team flying with Boyd, our token American.

Soon the whole gaggle was together and we steadily made our way to the final turn. By this point we’d reached the forecasted day cut off at 17.30. 35k out, and 3,000ft over the airfield, we took what turned out to be the last climb of the day and set off for Leszno. I expected to bounce the next thermal marked by the guys lower than me ahead but we ended up running in silky smooth air. I came all the way back at 55knots and was about 100ft over the finish ring, so it was a pretty fine margins! Lots of people landed short or finished too low so I was a very happy boy to be sat on Leszno airfield!

These tactical games are stupid, but they’re part of the international game. Just by looking at the results you can see we got stuffed by the day winners, simply because we waited too long to start. The overalls, however, show that I came home with all the people around me, so I haven’t lost any points to the leaders, and these tricky days are all about conserving your position.

Anyway, today’s an official rest day (they need to have one apparently!) so we’re toying between going to an old concentration camp or to the nearby lakes for a bit of swimming and volleyball.—“ 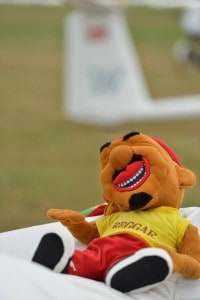 JWGC by Rob
There is life as well outside Leszno, as you can read in the JS news.
“Today JS reached a new milestone: the roll-out of the 50th JS1-Revelation. Serial number 1C-050, belonging to Mr Bill Gawthrop from the US, is fully equipped with both 18m and 21m span tips and the M&D TJ-42 turbine engine.
This was combined with the opening of the new manufacturing facilities as well as the formal hand-over of the SACAA Type Certificate for the JS1-C 18/21 that was approved in March this year.”
Congratulations to Uys and Attie and their team. 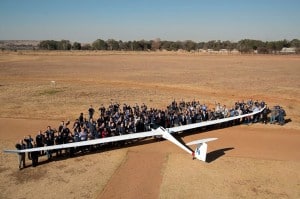 As shared on FB
And more news from JS;
__”The Slovenian gliding nationals, held at Prievidza, finished totday after 7 contest days. Erazem Polutnik, the well known glider pilot and director of LX Nav, flew his JS1-C 18m sailplane for the first time in a competition.  Erazem won four of the seven days, finishing first overall with a comfortable margin.  Mauritz Dortu from the Netherlands, flying in his JS1-B, finished overall in second position. Great result, by two great pilots! Well done chaps,  from team JS—“ 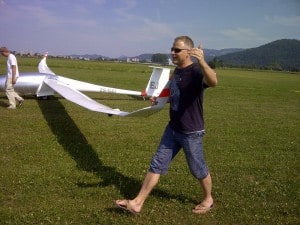 As shared on FB.
AND a nice new record in Holland yesterday; a declared 700 k.  in open class ;107 km./h. By Max Leenders  and Bas Krebbers, good on them! 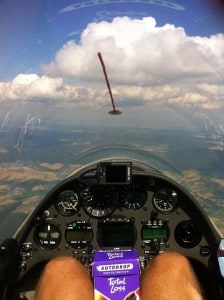 As shared by Max and Bas.
More on Wednesday Cheers Ritz
On Monday August 5 2013
Posted on August 5, 2013 Posted in Uncategorized