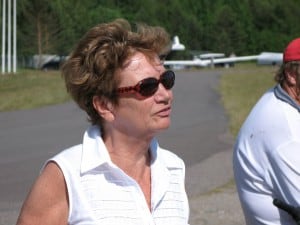 picture; me ,by Katja Soikkeli in Räyskälä at the JWGC in 2006 . Katja is the very creative web master in Musbach 2011 and as you can see , she is a great photographer as well.

I guess I have never looked ahead so much to spring as this year. Tuesday it will be March 1 HURRAY!!!! Rain now , grey, but …..temperatures between 6 and 10 dgr.+.

In Australia the  “young ones ”  have had  their squad week  and together with top pilots they practise to be the best in Musbach at the Junior Worlds. Brothers Andrew and Nick Maddocks will participate in Musbach [ August 5/20- 2011] in the standard class and Matthew Scutter  and Nathan Johnson in the club class. Nathan flew already in Husbos and Andrew I met in Finland. They train with pilots already used to flying world comps as Bruce Taylor, Gerrit kurstjens and Peter Temple. See for results at  www.soaringspot.com
In the same time the Lake Keepit Regatta has been flown. I heard Paul Mander flew there with an ASH 25 with jet engines.We go back to 1984, when we met in Rieti at the pre-WGC, so I decided to contact him.But…he was ready to jump in a plane to Europe, so it has to wait but he said already , that the one -week-test was successful, so that’s to come when he is back.

Talking about JWGC’s, here are some pictures from the JWGC in 2009 in Finland [Räyskälä] from the Dutch team , the Danish and French team  and team UK. 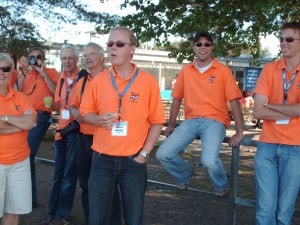 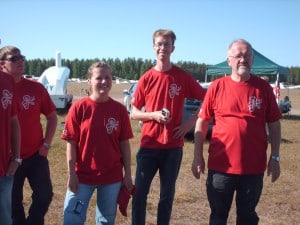 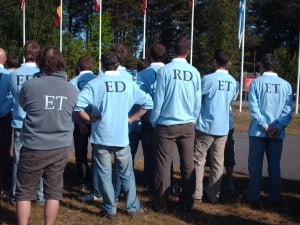 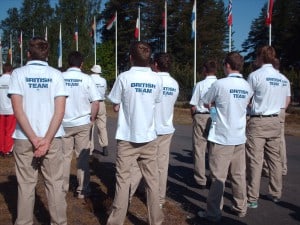 Get quite some  reactions  on my hotmail adress and I want to share this one with you as I nearly fell from my chair  last Wednesday, when I received a reaction on my blog from a Greek reader !!! Indeed REALLY global!!!
—-I much enjoy reading your blog from Greece! Thank you – it really provides the feeling of global gliding community!
I saw the great photos from Eskilstuna and I am sending you a few of the ones we took in Szeged.—
Is n’t that kind?  So here you are with some wonderful pictures send by Alexis and made by his co pilot Marcos while flying the WGC in the EB 28.
I also add his news about soaring in Greece. I told him honestly I did not know soaring was a sport in Greece, but there is;

—-There is gliding in Greece. We are only a few cross country pilots mainly with SLMGs but the conditions are very good. We have the Pindus mountain range with convergence, wave and ridge. It spans from a 100km NW of Athens all the way to our northern border. With my ASW 22 I regularly fly 500-750 km OLC. One pilot has flown 1000km OLC in wave. Also the mountains to the east along our northern border are quite good.—-
And here are the promised pictures.Great ones , indeed!!! Thanks a lot!!!! 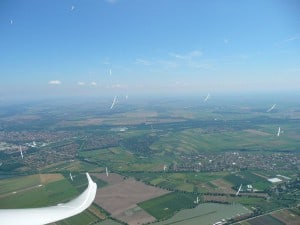 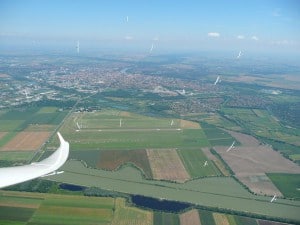 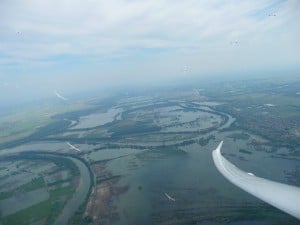 So busy with SPRING   that I was  “disgusted ”  to see REAL snow this week; a short but heavy snowstorm. Normally I do not mind snow, love it when it is in mid winter , but now it should be over.
No reason for the Dutch glider pilots to not enter on line already for the Dutch Nationals in May; 21 have announced their participation till now and they can still enter till April 24.
And…..did I not tell you that George Lee is still a very good pilot? Last Thursday he flew in his Nimbus 4DM from his own airfield with his name a 700 km. FAI triangle. Good on him!!!! A total of 788 km with a speed of 122 km/h. Not bad!!!
George won 3 WGC titles. The last one in Paderborn in ’81 in a Nimbus 3, where I met him briefly, then one in Chateauraux in 1978  in ASW17  and the first one in 1976 in Räyskälä also in ASW 17.
Yesterday it seemed more like summer in Australia,  then the beginning of autumn with nice long cross country flights both in the East and West and nice flights in the South as well. Mart Bosman,[ yes a Dutch name; he is Dutch, speaks Dutch very well but lives for years already in Victoria in Australia]  who as hang glider pilot learned how to fly gliders with us in the past says it nicely after a 250 km flight from  beautiful Mount Beauty:” Still waiting for the perfect day, today was all right!” 602 km. [500 FAI triangle] in the East,  in an LS1f is good this time of the year.Look on the OLC on February 26 as nearly ALL soaring places were finally active!!!!
Today Jay , who flew in the past with us as well,mentions 9 knt climbs up to 11.500 ft. in NSW before getting  “trapped by  overdevelloping.”

Facebook,so funny  !! Do I get a message  “are you Ritz,the best woman in Tocumwal?”,[ doubt that by the way !!!] from France. I had to dig deep in my brain,,decided to look at the picture [I am pretty careful!!]  , but that did not help , a nice big black , as I later heard 11 year old , dog….and then it bubbled in my brain and I found out who it was….Facebook, tjee….otherwise I would never have had contact with Olivier again. Now we are FB-friends  after …maybe 10/15 years…

Very much impressed with 2 military pilots  who were ordered to throw bombs over Benghazi in Libya last Wednesday. The captain and co-pilot decided in the air, they were NOT going to do this and left the plane by parachute, after activating their ejector seat. The Russian made plane , crashed.

Is Quintus the definite new name for a smaller open class glider from Schempp-Hirth  and will there be a few flying at the Uvalde WGC  in Texas [USA] in 2012 ??? This looks as if it is going to happen. The Quintus with a span of 23 m.;  easy to handle on the ground and in the air,  is the new “baby” from the engineers and aerodynamic toppers from the ARCUS. So …it should be a good one!!!! More news in the Aerokurier from March!

I finish with some more  pictures from the JWGC in Finland. The Slovak and Finnish team and …can’t miss; Team USA!!! Enjoy and see you in Spring/ Autumn  !!!! Ritz 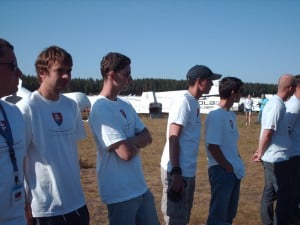 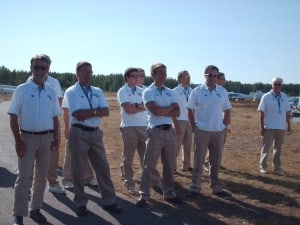 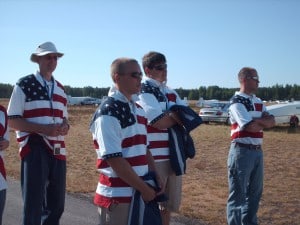 Posted on February 27, 2011 Posted in Uncategorized

One thought on “Spring…finally!Greece ! France! Quintus!”